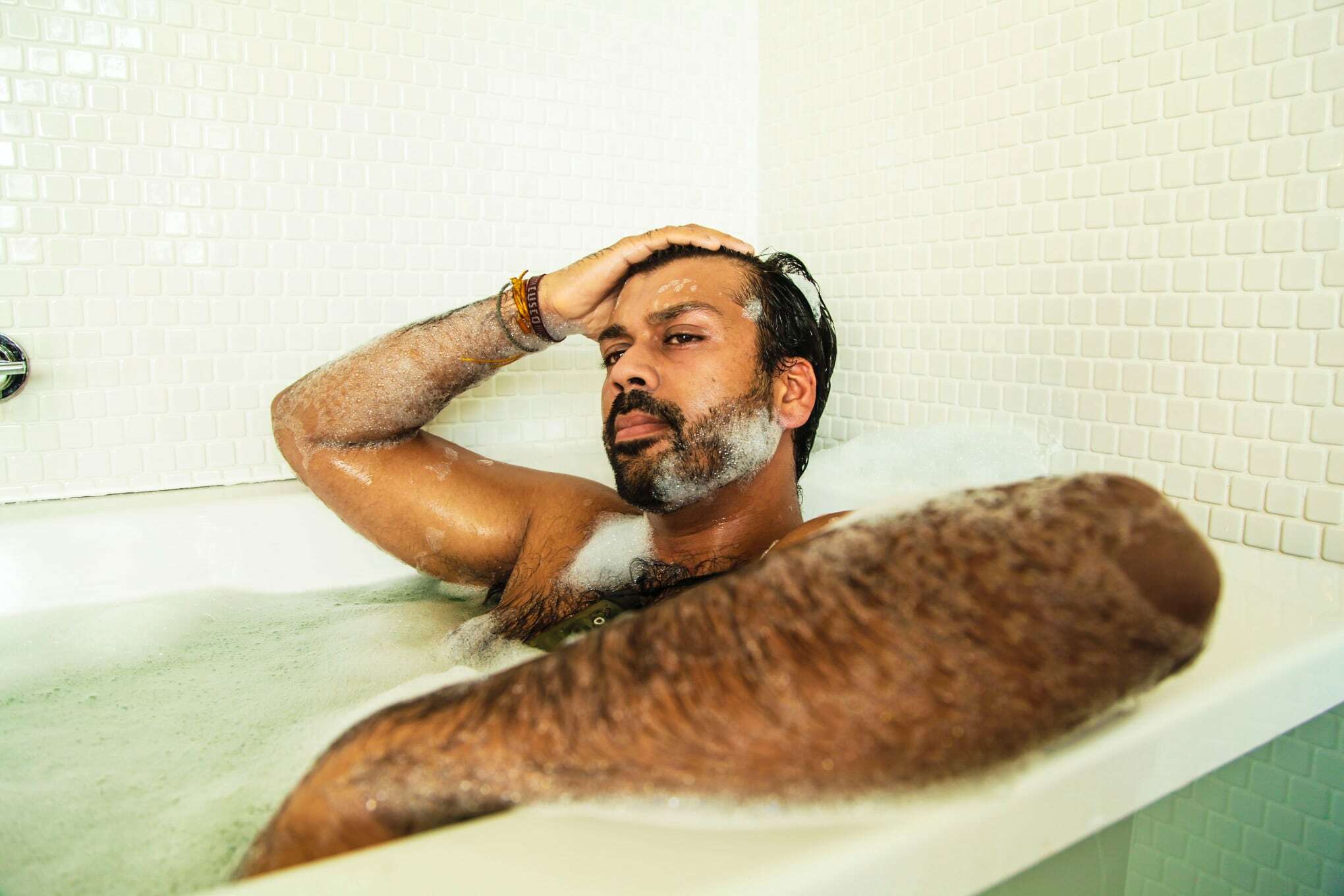 I know so many men who have self-harmed because of depression.

On my way here, I thought: what am I doing? I’m getting into a bath when I don’t take baths, talking about a topic that can be controversial or cause conflict if you say something that doesn't meet someone’s expectations, and I’m going to be recorded so…it's a pleasure to meet you?

Inherently, there is this idea that not all men are bad. One of the things I was reflecting on is that it’s not my fault that I grew up with certain values and perceptions, but it is my responsibility to be the change going forward.

There has been a lot of understanding and compassion towards men, and I always plead to my close friends and tell them I’m not trying to hurt them when I ask them why they think certain ways. I was told yesterday that I embody the male ego, and I asked how and why? I was sharing my opinion on something and was met with snorts and laughs from the women. I thought, maybe I’m wrong about this. I’m OK to be wrong.

I think the answer is for women to be more inclusive. If you push away the people who need to step into that space, it’s going to be a hard process. After that conversation, I thought: fuck this! I’m all about equality. I put myself in vulnerable positions to have these conversations, but after that, I wanted to retreat. But that was my ego talking. I know that in order for change to happen, there will be pain.

What has been a moment in your life that has had a profound impact on who you are in the tub today?

Two years ago, my partner dumped me because of the traits I had. I could continue to be the person I was, or own up to my bullshit and change. I decided I didn’t want to be a coward or be a traditional "man" in the sense of what I grew up around. I needed to cry and learn. I didn't know at that moment that I hated myself. I certainly didn't love myself, but I thought it was a female thing to say.

If I told my friends back home that they need to love themselves, they would say: that’s gay. But why? All my guy mates who have hung themselves did so because they didn't love themselves. They feared asking for help, which was the pinnacle of change [for me]. I saw a psychologist. I started surrounding myself with good men. I had previously surrounded myself by men who saw masculinity as power, how big you are, and how much money you have. Who gives a fuck? 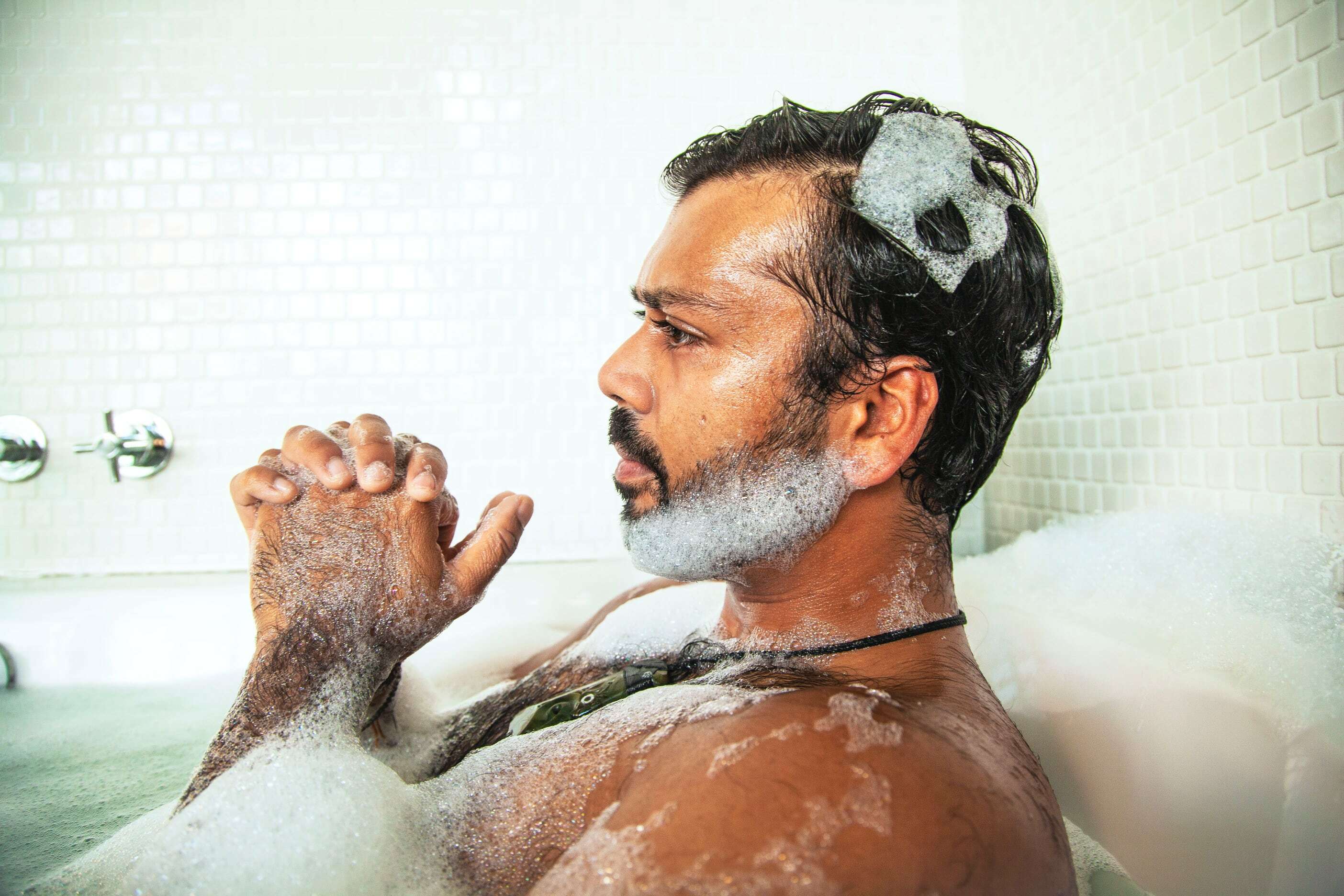 I had a big ego in my past, as well as a lot of barriers. In my background, we were trained to fight; flight was not an option.

What is your background?

Military. And I went to an all-boys school. It's been a very masculine-dominated life. When you’re trained to fight, or fight even if you’re retreating, [you become] conditioned to apply that to relationships. Even if I was wrong I didn't want to give in or give up. I kept making it about me instead of what’s best for us, regardless of the situation.

And I have a long way to go. I never want to “arrive.” I’m always growing. The men I surrounded myself with were boys. Yes, they were killers or rich men, but that was a facade. Through working and being in the outdoors, you remove that bullshit. There is a saying: you can be cold and miserable or just cold and wet, it’s about your mindset. I still do things that aren't aligned with the man I want to be, and I catch myself. I reflect on it and learn from it. 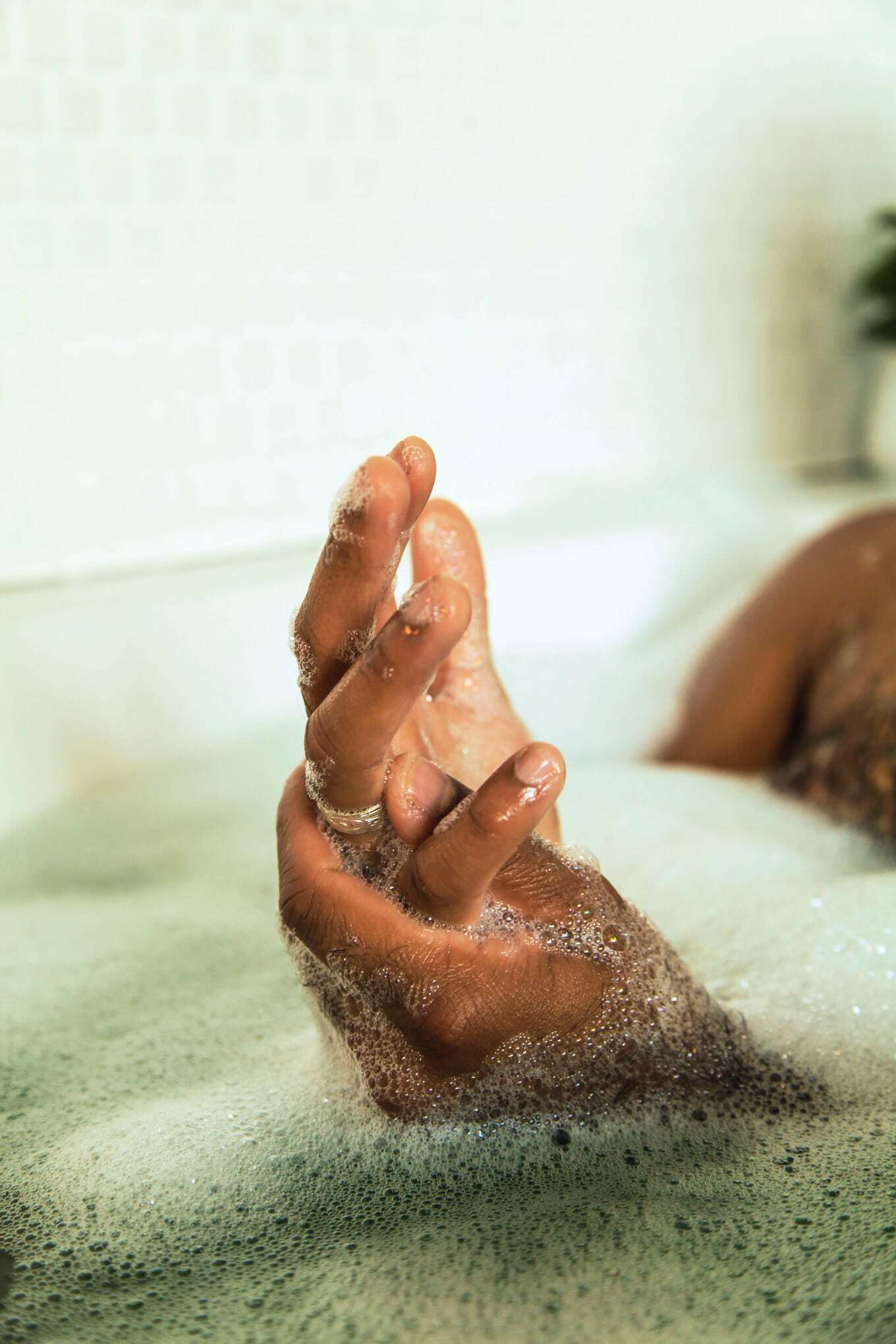 my whole life I’ve battled what it means to be Indian. I’ve faced racism my entire life.

How are you addressing toxic masculinity in your own circles?

That’s a hard one to answer because it’s not just words. If you’re not acting and standing up, until the moment of adversity, do you know if you really stand for something? There is a quote by Edmund Burke: “The only thing necessary for the triumph of evil is for good men to do nothing.” I could say, it’s a male world, fuck it! I’m a male! Yay! Or, I could stand up and speak out.

One of the things I make sure I don’t do when my friends say something wrong, or I disagree, is tell them "you’re wrong".

I ask, why do you think that way? I come with kindness and curiosity. My friend Julian taught me that. If I say, "you’re wrong," you’re going to shut off. You will feel challenged and we'll butt heads. I came from a background of “that’s a man’s job,” and fighting and tools and weapons to being like….give me a hug! It's OK to hold someone and cry or say, hey man, you’re not alone. I try to make time to do things like...coming to a stranger’s house for a conversation in a bath. 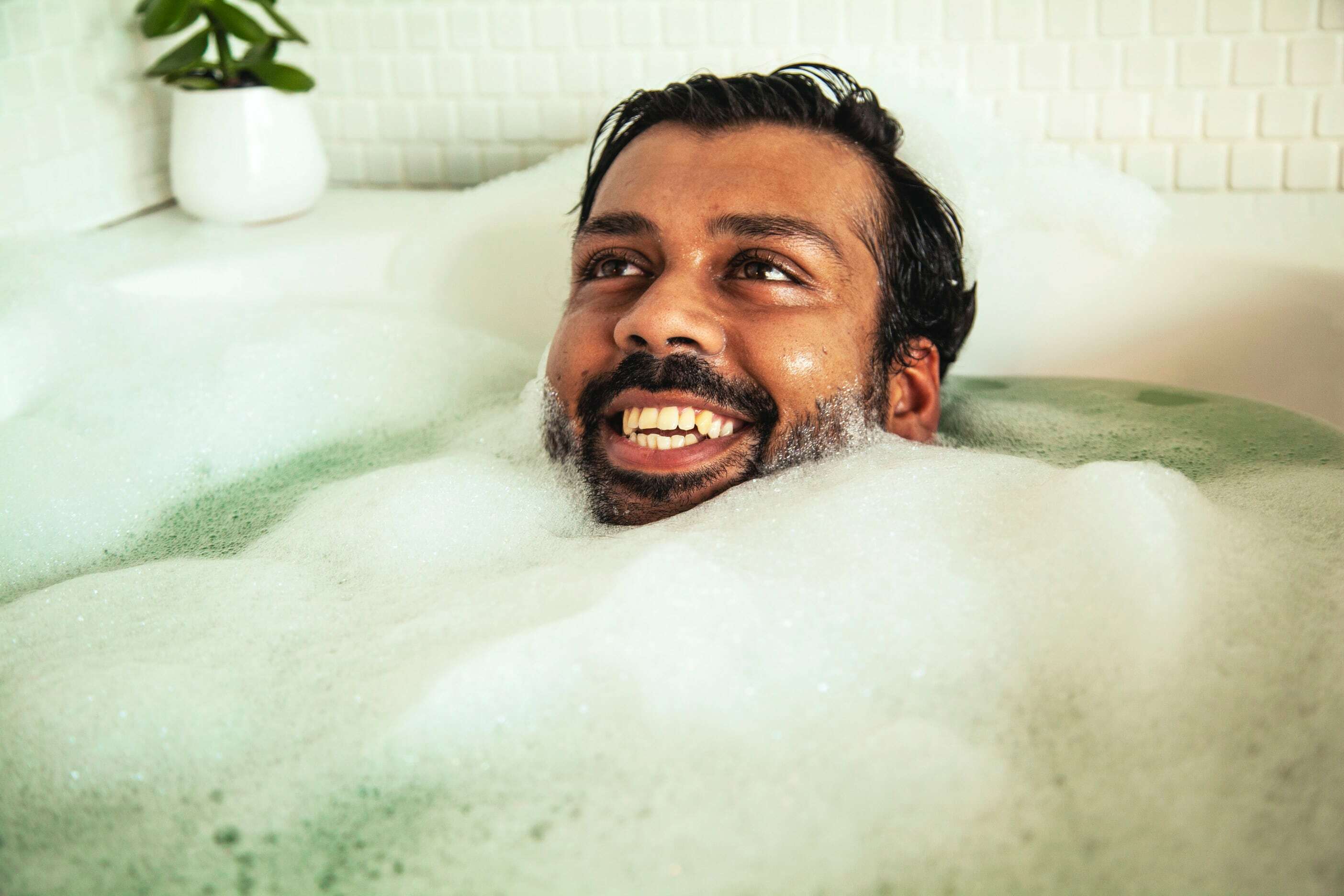 What do you see as a challenge in advocating for gender equity?

There is a fearful mentality. To move forward, you have to acknowledge the past and make a commitment to a better future. If you hold someone to the past though, we will get stuck there.

Equality comes in many forms. I’m a person of color so my whole life I’ve battled what it means to be Indian. I’ve faced racism my entire life. People look at you as if you’re not equal because of the color of your skin. I might not understand the inequality between men and women as much, but I do understand racism. To change these things, it’s hard because where do you start? I think we need to know that it’s OK to fail. There is so much talk and so little action though. That’s one thing I like about vegans. They actually do it! They believe in something and they do something about it.

My sister is a chemical engineer and my mom is in a medical profession, they are both in male-dominated industries and they are brown. They get stigmatized for being a female and a person of color. It's challenging. It gets me emotional thinking about it. Sometimes it feels like you get nowhere because there are so many battles to fight. 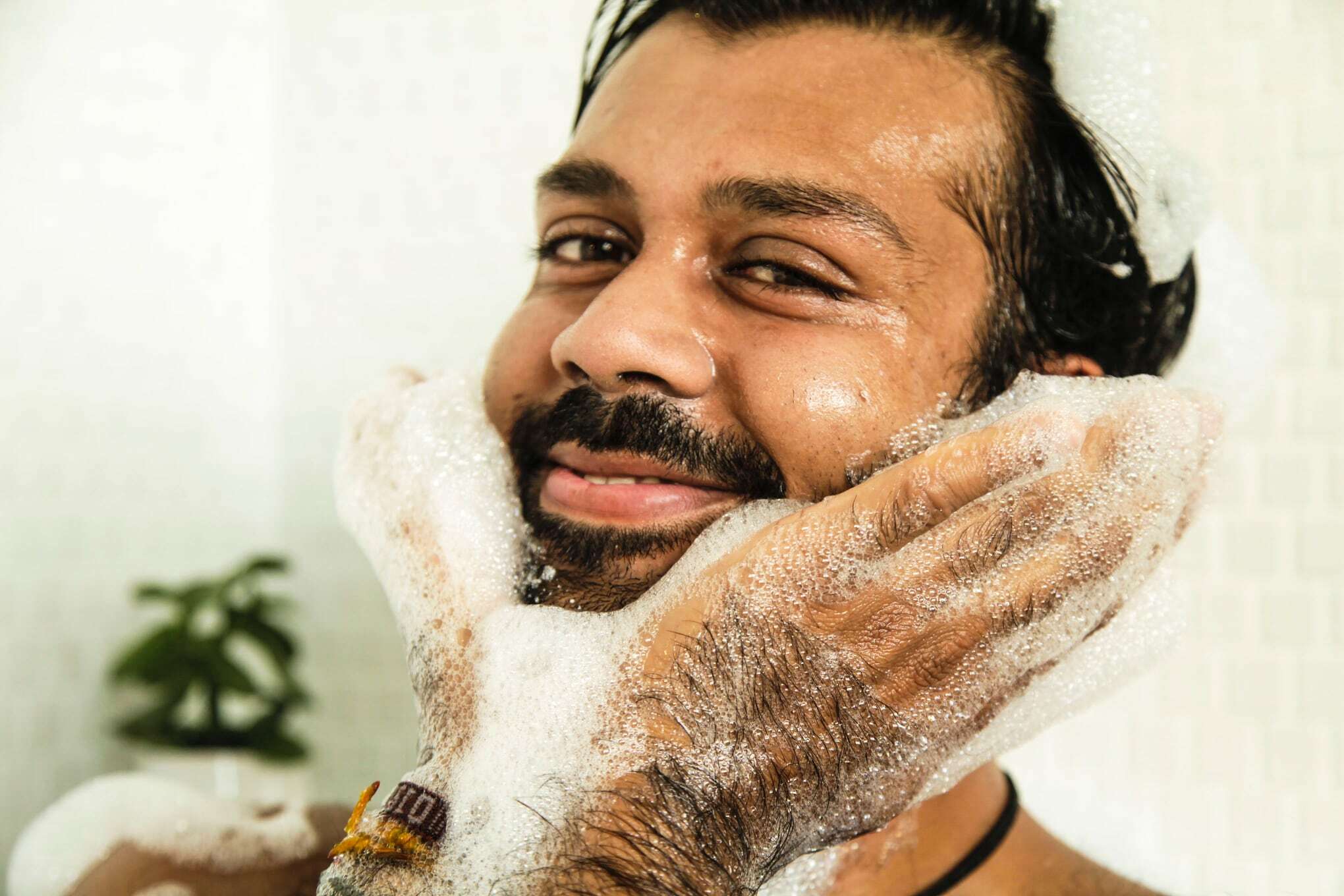 The human condition is to be loved. 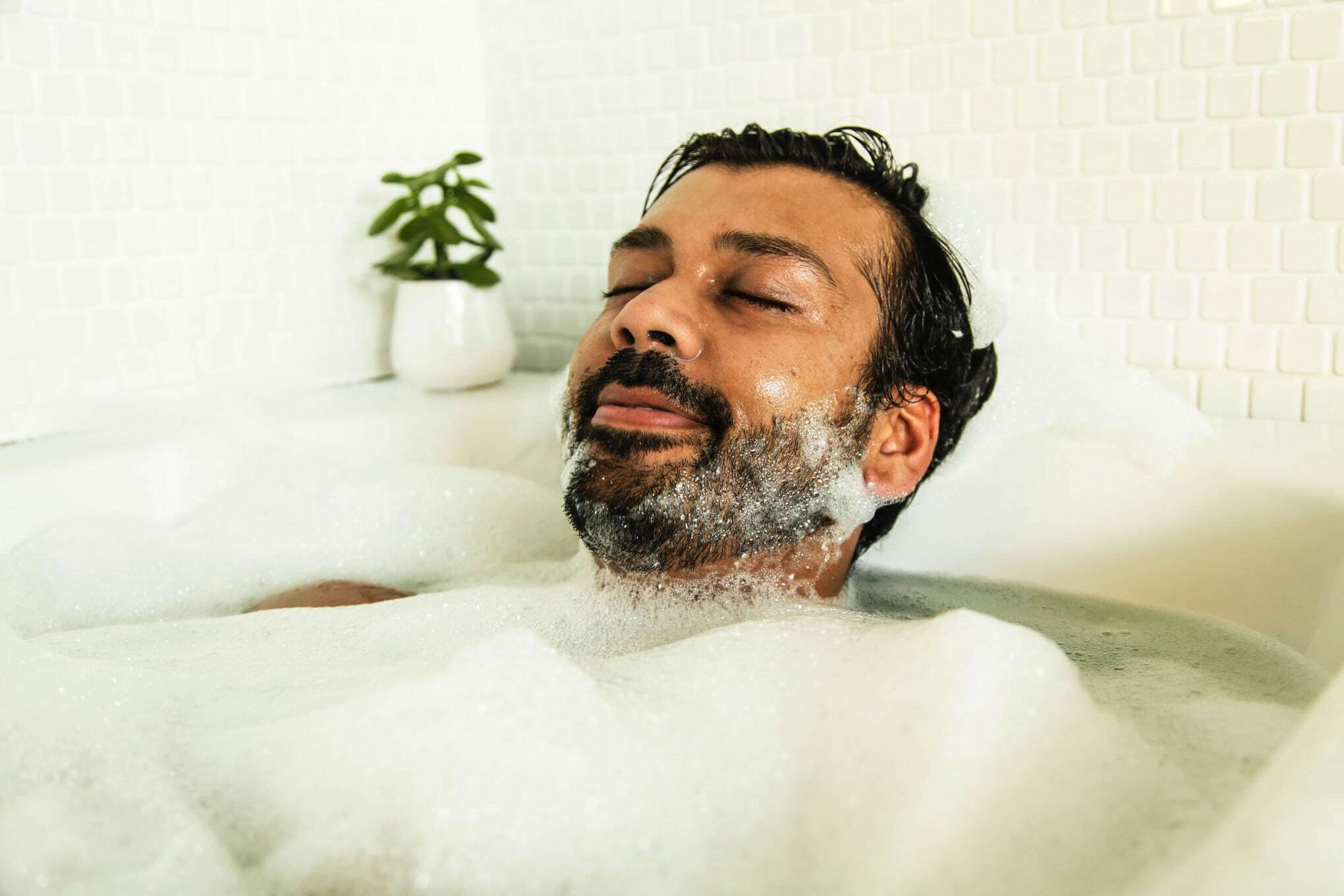 If you don’t have love, you will turn to alcohol, drugs, or using sex to feel better.

Conversations are great but they have to lead to change. I want to give as much as I can but I also want to see success. This might not happen in my generation. It’s selfish to think that I need to see it. Maybe I’m just sowing the seeds.

I come from an environment where men didn't talk and they weren't vulnerable. It was this idea that men provide food, shelter, and protection. We’re told that's what women are drawn to. Guns, cars, and money are measures of success. But now, I think a man needs to be able to create space for everybody and stand for that.

In combat, if you overwhelm with superior force, they will crumble. Sometimes, you will see men who claim to be feminists, but when you question them, they crumble.

We need strong foundations. I've done shitty things but I've owned up. I've forgiven myself but not forgotten. I was a protector in an archaic sense. I want to now be a leader by empowering my partner and the people around me. It’s transitioning from selfishness to community-based thinking.

Also, there is nothing wrong with being tough and strong, and sometimes it is best not to be emotional. Sometimes, you have to fuck up, and have a community that says, okay, you fucked up, how can we help? The human condition is to be loved. If you don’t have love, you will turn to alcohol, drugs, or using sex to feel better. I know so many men who have self-harmed because of depression. But you ask them about their feelings and they will tell you that they're fine.

My friend Julian did it and I thought it was cool. I wanted to be like him in the sense that he had this open dialogue with you. I am comfortable talking about these things, and simultaneously, I see men and boys who may be in a "traditional masculine” environment and think it's too late for them to change. I chose to resign from the military and leave a job based on suits and money and ego. If I don't stand up or speak my truth, we are never going to change. That's the same for everyone.

To be a man, you will get feedback and you will come against challenges. Perseverance and resilience are key. This conversation needs to be had. I think of my sisters, my mom, and the partners I’ve had. It’s bullshit some of the things they’ve had to go through.