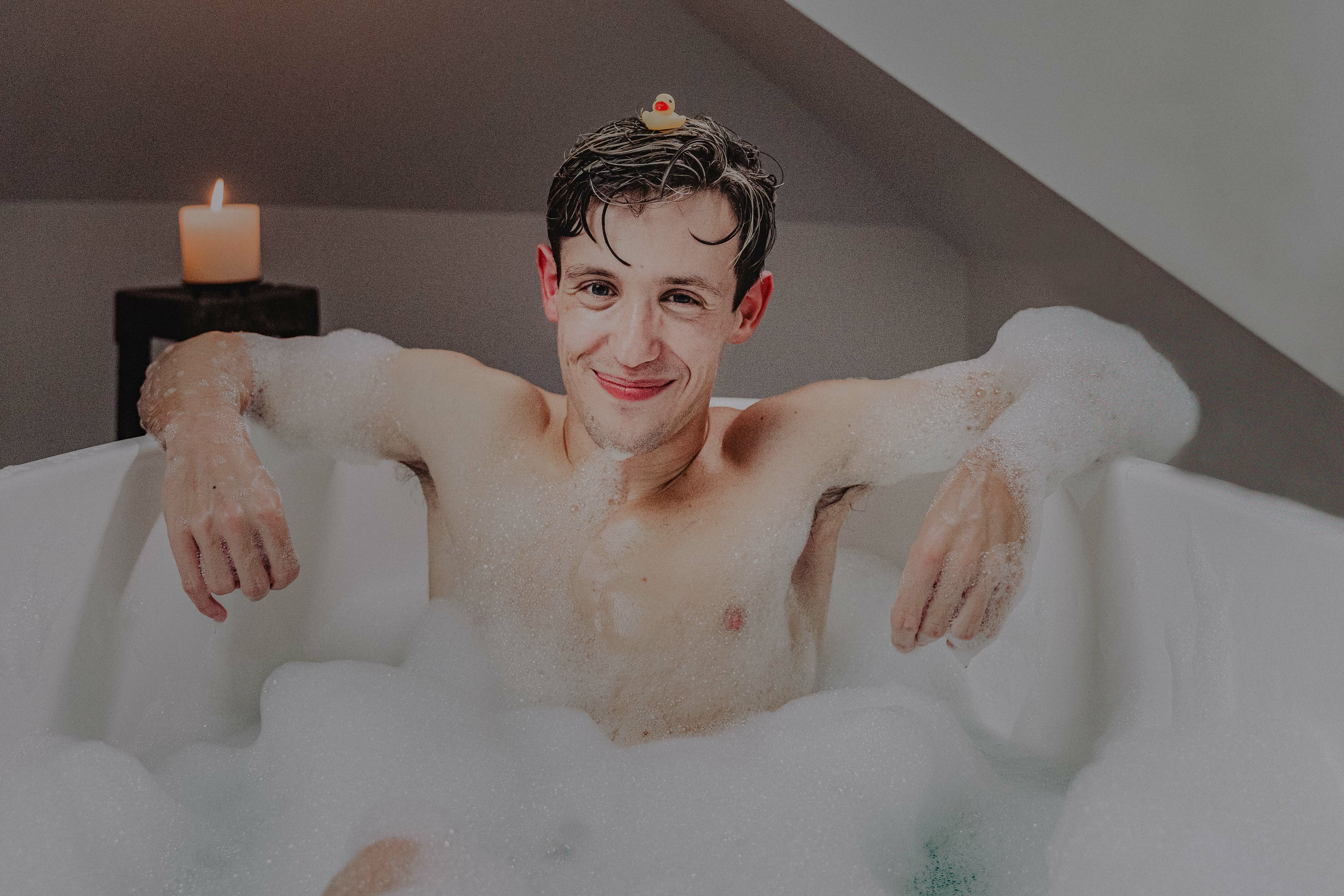 If there is anything we haven't been talking about in terms of masculinity and representation, it’s men that are disabled.

You said you feel caught between two ways of being seen, what are those ways?

I’m white, so there’s the privilege of growing up in a small town with money, security, and comfort. But then having a disability, people have assumptions about what I can and cannot be. It was always interesting because, on one hand, I recognize that I‘m a man and I have a lot of luxuries and responsibilities to that privilege, like acknowledging how it has unconsciously opened doors. But then there are other hurdles I've had to jump over as a disabled man.

I was born with a disability called cerebral palsy. I was born at two-and-a-half pounds, three months early. It’s a neurological disability. When you’re born that small, you don’t generate enough oxygen to your brain to develop properly, so for me, it affects how I walk. I reached out to you because I honestly thought that if there is anything we haven't been talking about in terms of masculinity and representation, it’s men that are disabled, and the stigma and taboos and reasons why we don’t let that enter the conversation, or at the very least, we don’t know how to talk about it.

How have you come to define masculinity?

It’s a developing question. Now it's being redefined in media and sports, but for me, true masculinity is softness and strength at the same time. It’s being able to hold a lot and being a source of stability and living through action and integrity, but it’s also being a man who can cry, and who understands feminine energy, and knows how to integrate both. I don’t think it’s bad that men have aspirations to be protectors. I think it’s physiologically rooted. 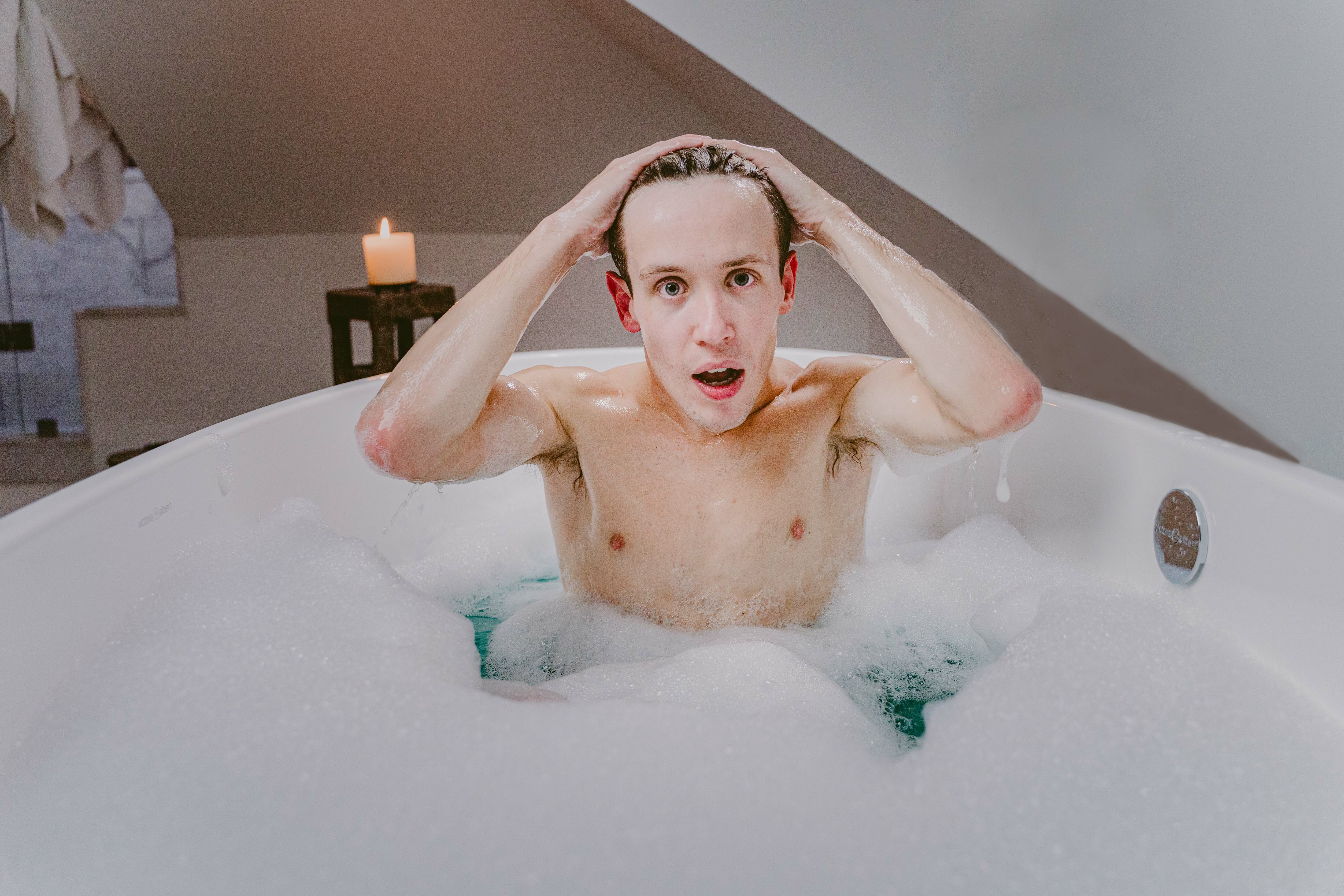 Toxic masculinity. There has been a cultural lens put on an outdated version of masculinity, one that we want to grow away from, but you’re not saying that all masculinity is toxic?

I think the toxic masculinity that we’re coming to define is heavily based on trauma and entitlement. If you live in a boy’s world and you’re never told no, then the first time someone says that to you, it’s like your whole world is undone. 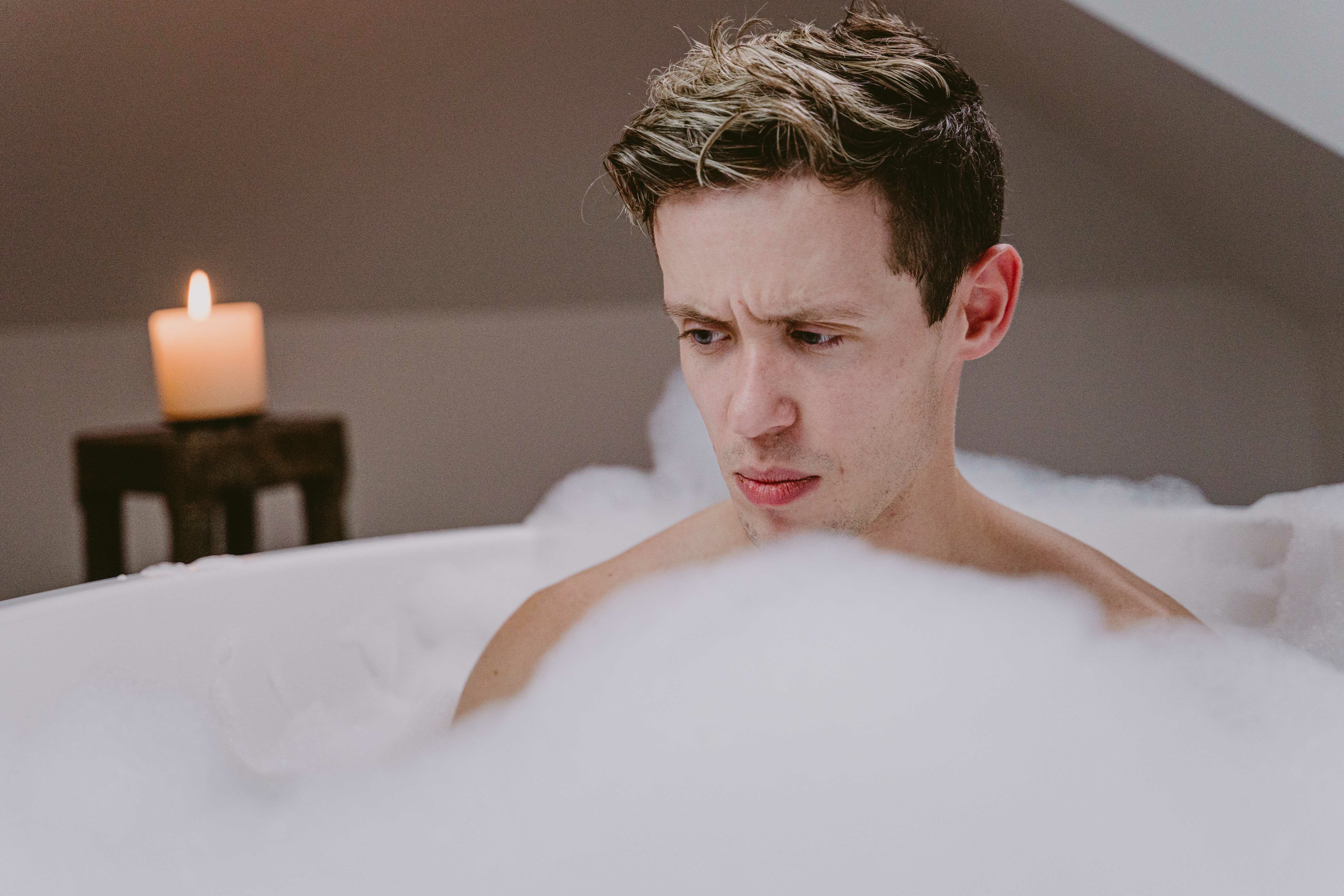 When you’re talking about men getting in touch with their feminine energy, how do we create a culture that welcomes that shift?

I think it's looking at the shadow and what men have done, looking at our fathers and grandfathers, and making space to ask why that is. I don’t think we get anywhere if we constantly vilify. There are dangers of a single story and generalizing a group of people.

The sooner we can get away from saying that it’s wrong what someone did so let’s not allow space for them to absolve and recognize themself again in an embodied way, not a performative way, the better off we’ll be. That also needs to happen through other men. 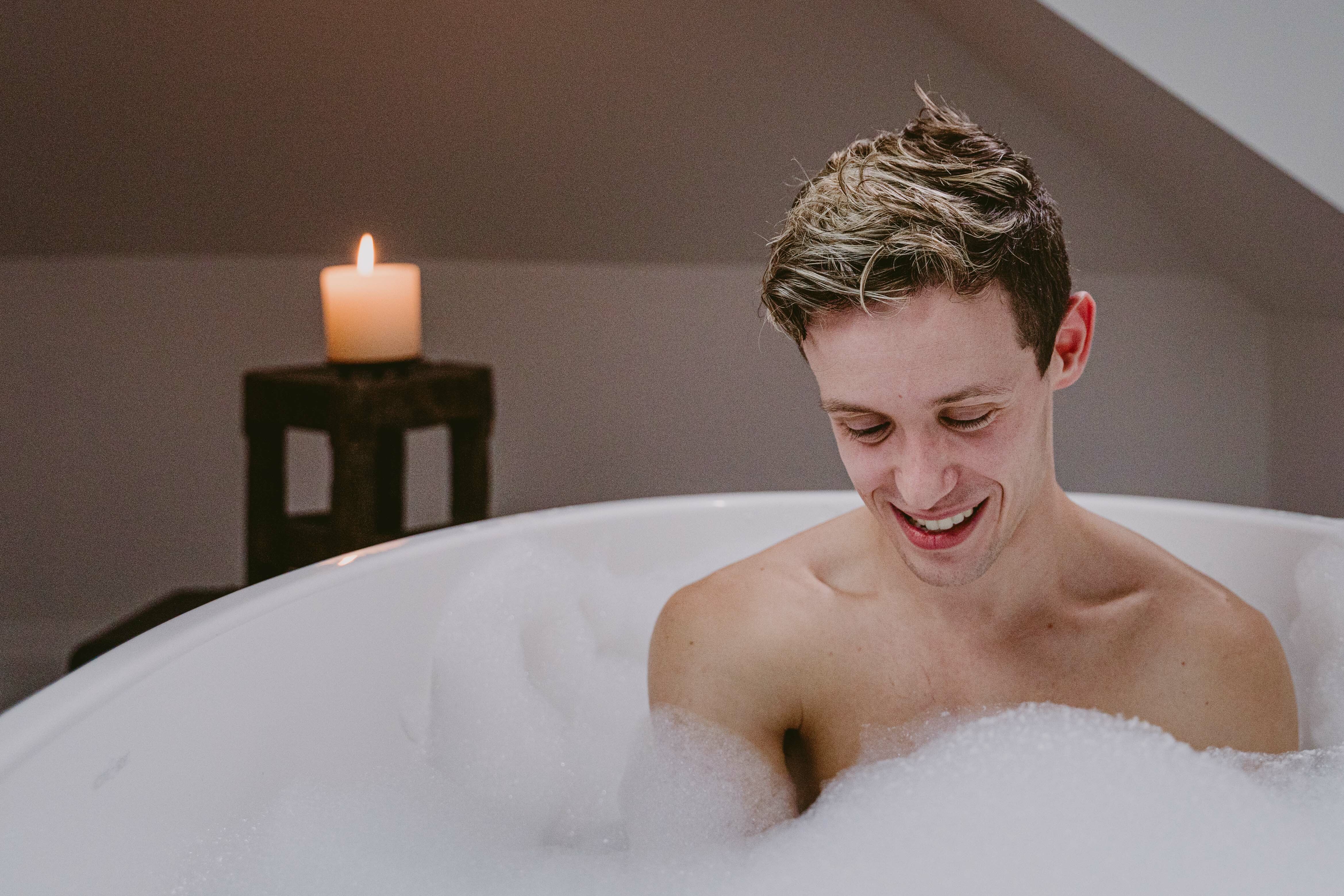 What's the difference between performative reconciliation and an embodied apology?

I think anything performative has a manipulative apologetic aspect to it that isn’t true. When you seek to make a real apology, you hold the ugly parts of yourself and your wrongs; you own them, and you don’t ask for anything in return. I think a lot of men don’t even know that they’re performing, whether it’s for money or sex. I don’t know if it has anything to do with “the tribe,” but it’s like there is a pecking order we’re trying to please.

In my experience, the movement from performative to embodied masculinity came from not feeling good enough. I thought I had to play a role and be someone else in areas where I was lacking. Esther Perel said, “To be a man is not a state of being, it’s a state of doing.” Only then are you accepted into the hall of heroes. If you're single or don’t make a certain amount of money, then there’s this sense of failure because you don’t match up to GQ Man of the Week.

Look at male suicide, it’s an epidemic that people do not talk about. I’ve had men in my life pass away by their own hand. I think there are ways in which the culture of masculinity didn’t allow them to say that they were in pain. You should be able to hold that pain, right? Pain is scary. It’s raw. A lot of people don’t know how to deal with it. They get triggered and their narratives play out. It’s difficult.

I don’t know the answers but I think it’s important for men to lead by example. There is strength in numbers, there can’t only be a few men doing it. 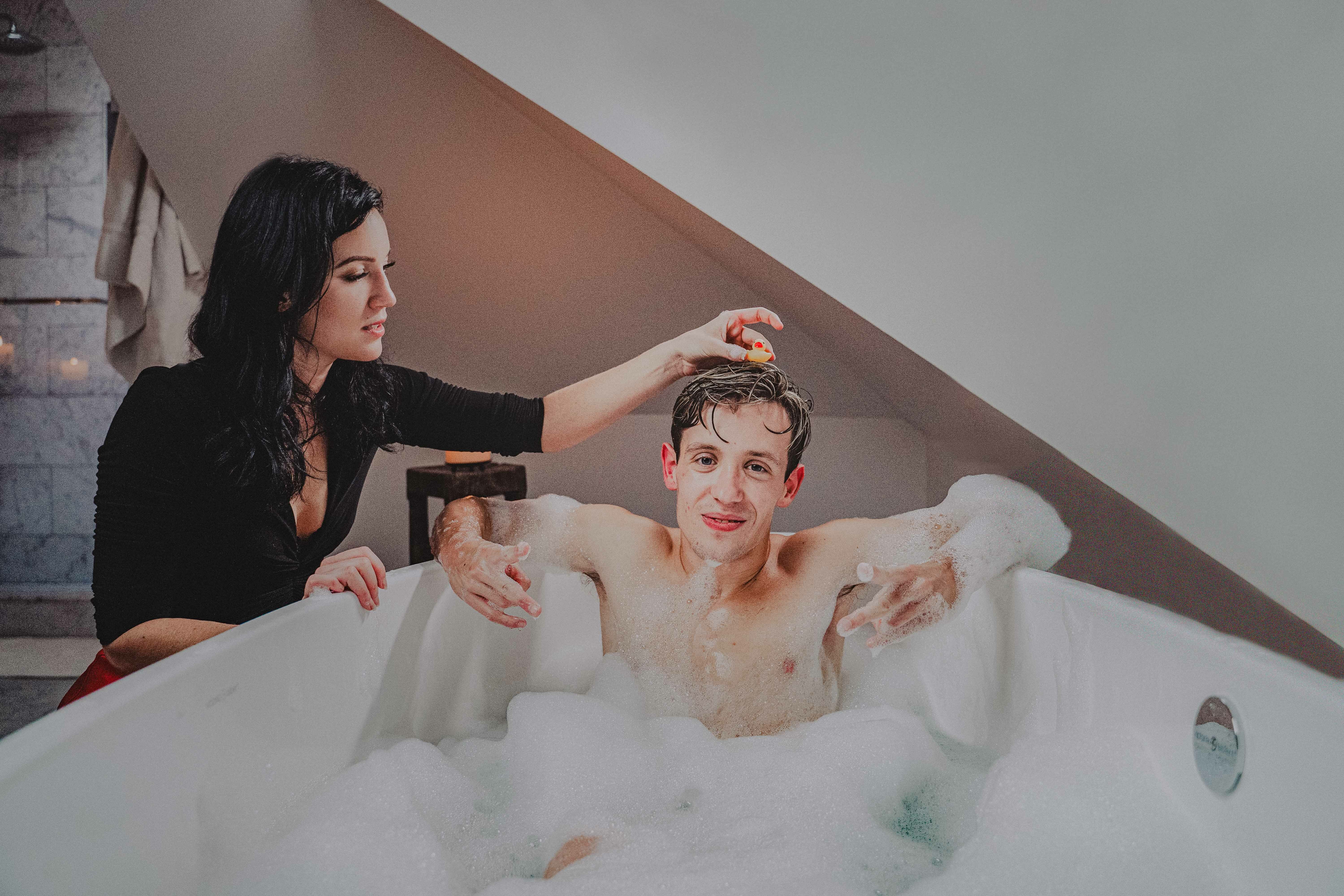 When I say mental health, what comes to mind for you?

It’s the way you see the world. It’s the underlying music to your thoughts. Your thoughts can spin to somewhere dark or they can be empowering. It’s the tempo and the texture of your mind, and what that feels like in your body.

I’ve learned more about how to be connected to my body because for many years I intentionally disconnected from it because I was ashamed. I was ashamed of my body because I felt like I was faulty or didn’t work right. To be a man in the world is to be physical and athletic. I grew up in a small town where everyone was runners and football players. And it was like, ‘Okay, where am I? Where do I fit in?’

What in your life has had a profound impact on you?

The bad stuff in my life, I mean, you go through these transformative experiences...and, how do I put it?

There is a practice in Japanese pottery where they smash ceramics and then resuture them with molten gold. It’s called Kintsugi, which translates roughly to ‘golden repair.’ I try to look at every painful experience as having an underlying source of energy that is giving me resilience and perspective. I have to decide to sit in that.

I’ve had some difficult times. Heartbreak has informed a lot of my transformations around what it means to be a man. To feel betrayed, manipulated, abandoned. To be in an abusive relationship and come out the other end and be like, ‘Oh, there’s something knocking at my door here, and how I’m actually betraying myself.’ I had to wade through that muck and find myself again.

In terms of the good stuff? Meditation and psychedelics. I’ve had a bunch of experiences in the past couple of years that have really shifted and opened my mind to other possibilities of myself and how I can show up for other people. 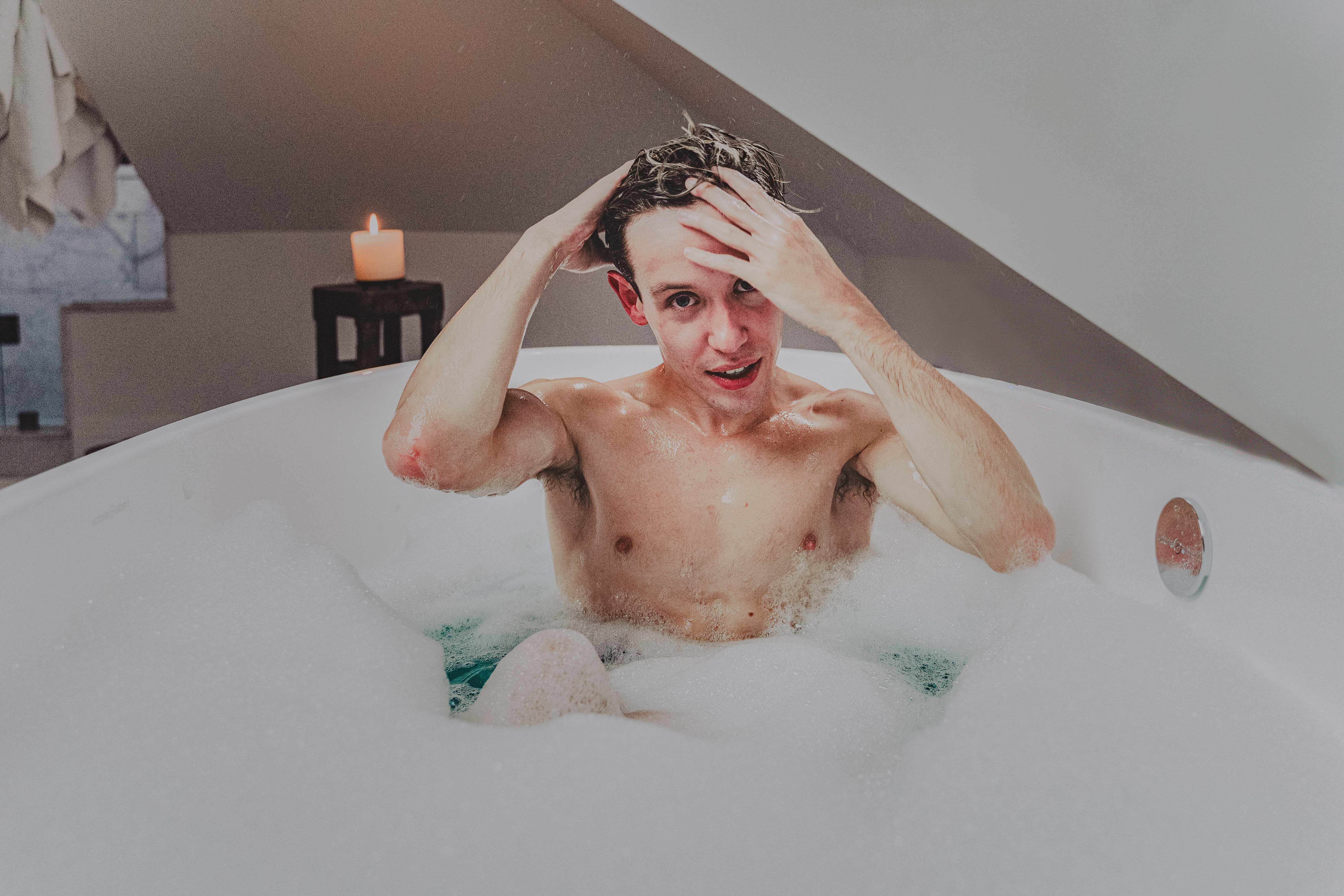 You mentioned that psychedelics were a way for you to accept yourself, can you share more about what you mean by that?

Research is coming out that shows altered states are about the dissolution of the ego. I think there are a lot of ways that my ego has played out, and not in the way that I think I’m better than everyone, but that I think I’m less than everyone. Victimhood is ego. We usually talk about the other side, which is narcissism and entitlement, but staying chained to the narrative of victim, there's so much ego in there.

The psychedelics I have done have been in a controlled group setting. Being part of the Burning Man community, you’re exposed to a lot of that. Some of it I agree with and some of it I don’t.

I think in terms of psychedelics, it was like the judgement-filter on my mind just shut off. It was like, 'Yo, this is how you move through the world. You are different from other people.'

It was almost like I became a third person in my mind on MDMA where I could look at things and be like, now that I have acceptance and love for myself, and I can hear the narrative that plays out when other people look at me, is that actually real or is that me? Am I conducting this narrative?

If I’m walking around or going into a club or going out with a partner, is my feeling of insignificance being projected at me or am I projecting that onto other people, to be right. I think MDMA started to open me up to the possibility of: do you want to be right all the time or do you want to be free?

You have to let go. I’m learning that every day. Sometimes I'm like, “I’ve got this, I’m empowered, I’ve done all this work!” And other days, I’m right fucking back at square zero. I’ve learned nothing! That’s part of being a human. 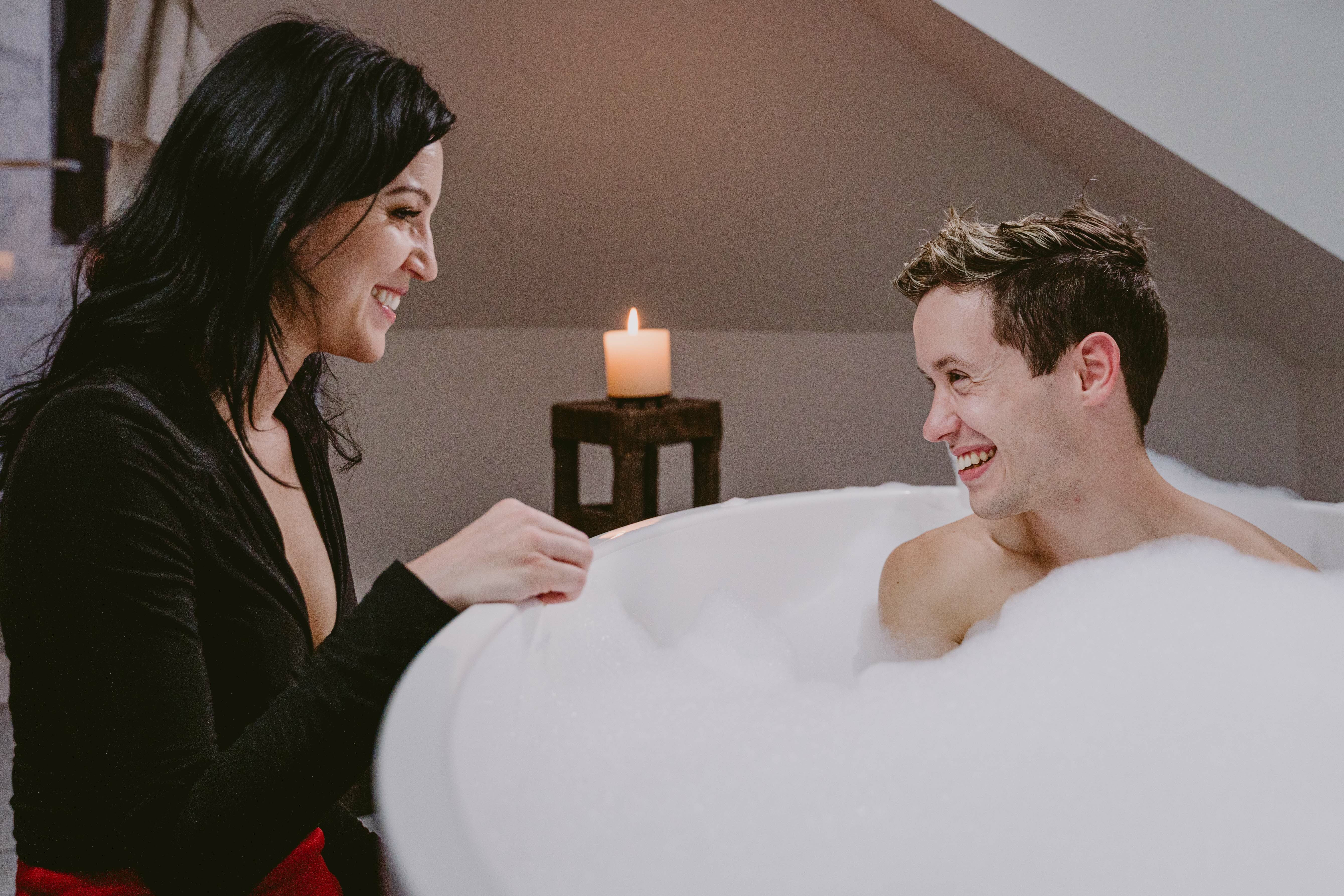 I think equality is understanding that not everyone is made equal in every way. Equality actually has to be constructed and upheld by everybody. It’s a thing that you give to over and over, it’s not just something you have. Like, “equality reached, achievement unlocked!”

We all have to be with the messiest parts of ourselves. It is about leading with love and not with fear, in the sense that everything is possible and everything is abundant, but you have to know that you can’t do it alone. I think a lot of men fall into the trap of thinking they have to carry the conquest.

Do you think one of the barriers to men’s mental health is that feeling of needing to take it all on and do it by themselves, or isolate and fix something before coming back?

Absolutely. I think it’s societal programming, historical examples. It’s saying, “I can't show my full self because I’m going to be voted off the island.”

For me, it shows up in ways that I think I’m asking for too much. Or that I’m giving away my power in a way that makes me vulnerable. If I don’t rely on other people then I only have myself to blame if I get betrayed. Again, that's a mindset that comes from fear and past trauma.

I don't think it's about tearing people down. People need to have consequences for stuff that they do, again, there are some nasty, monstrous people out there. But we need nuances to the lexicon of trauma and messiness and the ways in which we rehabilitate and hold people in that space to resurrect and revive stuff in the world that is lacking right now.

We have so much apathy. The idea of lovelessness is almost glorified, whether it’s hookup culture or cancel culture. We won't be able to create anything or redefine anything from that place of fear. Look where it’s gotten us. 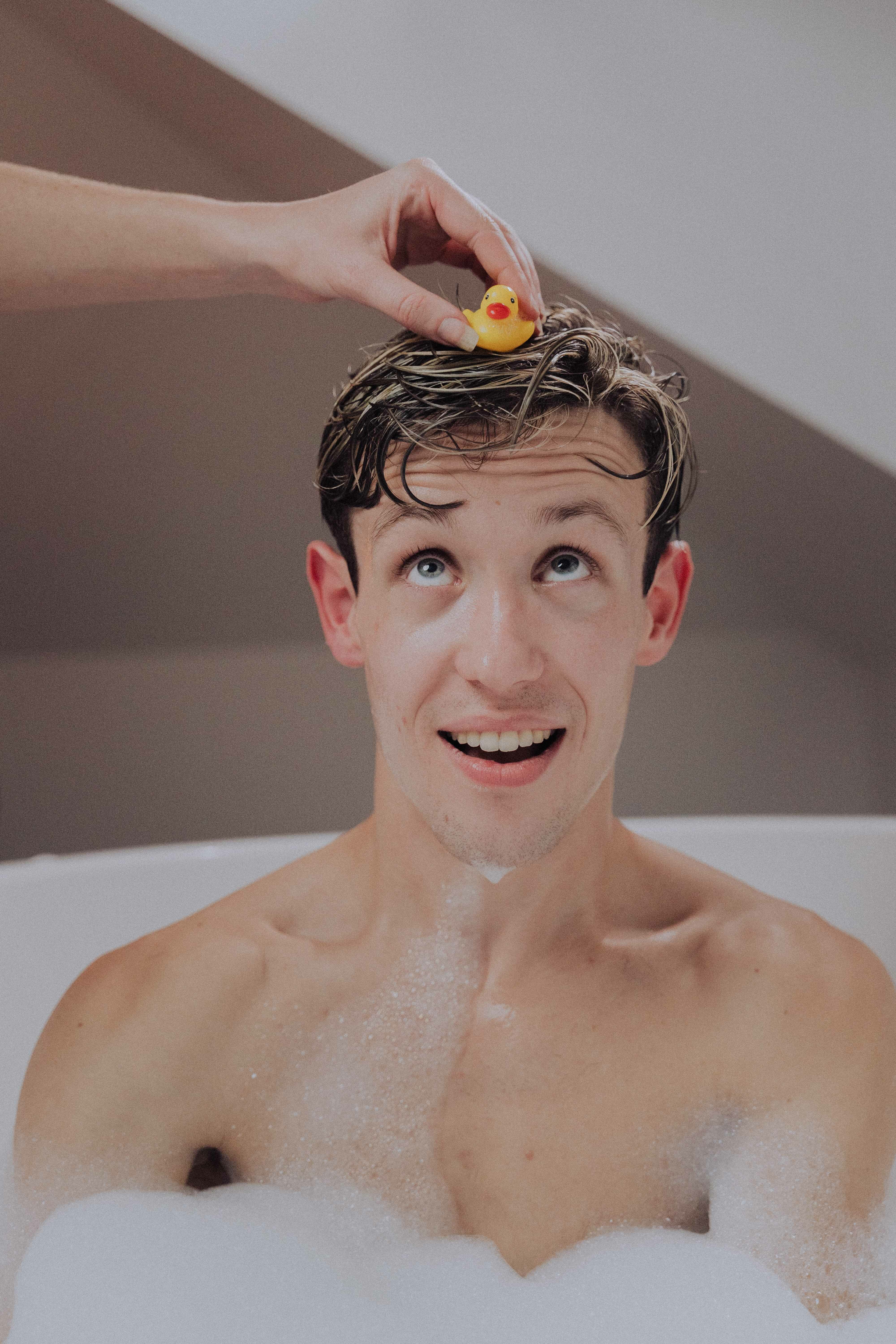 Are you the man you want to be now?

That’s a loaded question. I would say, no, I’m not. I’m more attuned to what I could be. I think I’m honoring my truth more than ever. I think sometimes my truth is not all about being professional and being real, but I think I’m integrating all sides of myself more than I ever have because I‘m uncoupling that from my past and shame. I think I’m on the right path.

“You know nothing, Jon Snow.” That is literally my vibe. I could wake up one day and be like, “I think I know,” and then something happens, and I don’t. It's about being comfortable with that. Who knows where being a man will take me but I'm excited for the journey. I think we get caught in our heads about what a successful life is, but it’s about enjoying the ride. It’s a trip!