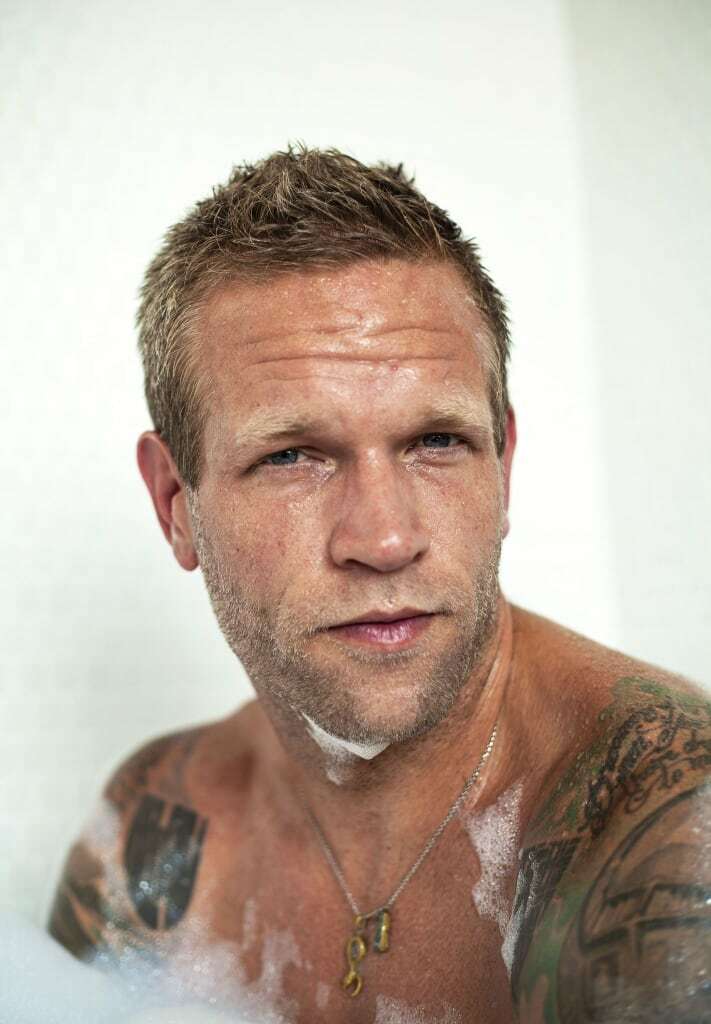 I work with teenagers, and it’s a pretty crazy jungle for them right now.

What does being a man mean to you?

Men are in a place right now where they need to be in touch with their feminine side. It’s important for men to lead by example. I think being a man is about being responsible for your behavior and your actions. We live in a world of talkers, but what are your actions saying?

Being a man is representing my family and who I am as a person. I’m a coach, a teacher, a former athlete, and an ambassador. I do a lot of things that have to do with masculinity, especially in sports. Bridging that gap as a man and an athlete is sometimes more difficult than people might think because we’re supposed to be macho and strong and take the pressure. As a man, it’s getting harder and harder, as it is for everybody. We have to redefine what "being a man" means. The way you create that messaging matters; how to be a good teammate, a good boy, a good man.

Can you give any insight as to how you’re navigating “locker room talk?”

I think people sometimes go into habits. If you’re one of those guys who says things, you might not even really realize you’re doing it once you’re in the locker room. There are a lot of things that people say off the cuff in a male-driven environment. I think education has to be around consciousness. Do you call the person out in front of everyone or do you put your arm around their shoulder and take them aside and say, “you can’t really say that shit.” Take responsibility for words as well as actions. There is so much information and so many ways you can broadcast a message so getting that message right is hugely important right now. Being conscious about what you say and how you say it. 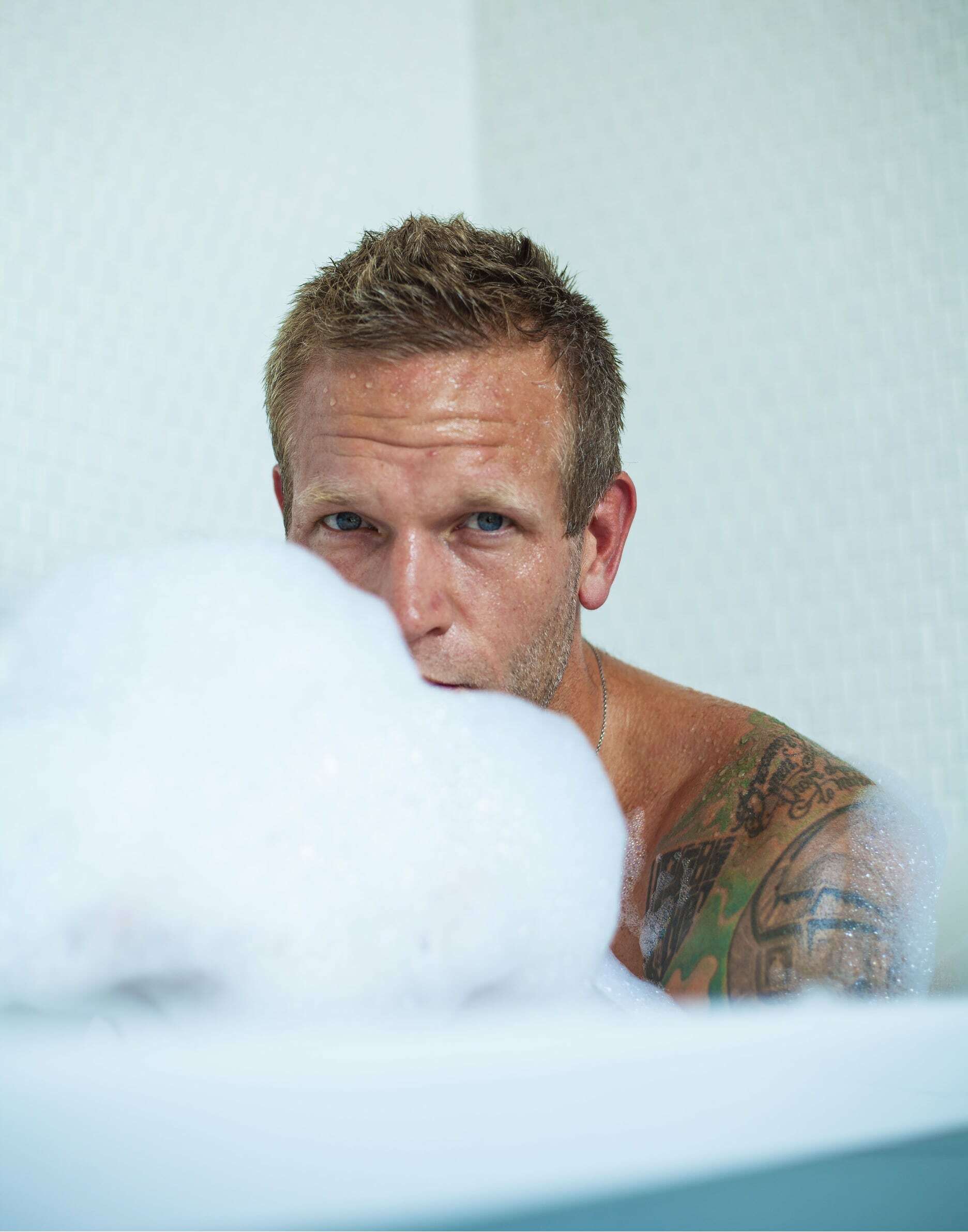 If we don’t talk then we don’t know that other guys are going through similar things...

What do you think when you hear the term “toxic masculinity?”

It’s being that guy. He’s the guy that says things without thinking. The guy who has preconceived ideas built into their code, maybe passed down through their family history or experiences that have caused them to think the way they do. That’s not something we should ever take away from people because it’s their story and people sometimes don’t know what they don’t know. That’s where the education process comes in.

How do you talk to a woman? How do you talk to your teammates? I’ll sit around a bonfire with young people and we’ll go through that. I’ll ask: if you wanted to go up to a girl, what would you say? These are teenagers and they are interested in how a woman should be treated. We create a platform for discussion. We make it fun.

So you think by saying what kinds of behaviors aren’t tolerated, it will eventually change the environment altogether?

You set the tone, as a leader. There is zero tolerance, whether it’s racial, gendered, or about someone’s sexual orientation. All of those things are big talking points in sports. As captains and leaders of locker rooms, when you create the right messaging, it can be powerful. You have the masses wanting to listen to you because they support you or your club. We need to create platforms or partnerships to teach young people about ideas like inclusion or that a gay person on a soccer team is cool and they might be really good too. Treating people equally and fairly, and that messaging from a teamwork perspective, is highly important and should be more important.

Right now, young people are committing suicide because they feel like they are wearing a mask and can’t express who they are or they are trying to be something they’re not. That’s a big problem and it’s something that needs to be changed.

You have access to a world that many people don’t...

...as a world-renowned athlete who has transitioned into working with youth, and you’re a father. The points of impact, the opportunities you have to influence those around you, are as varied as they are often. If you are having conversations with young boys about what it means to "be a man," and subsequently how to respect women, how can women include men in the feminist movement?

The ripple effect is real. Maybe it’s not talking directly about women but having boys and men ask themselves how they feel about themselves when they are interacting with women. I have a lot more conversations with my guy friends about these issues. If we don’t talk then we don’t know that other guys are going through similar things, whether that’s relationship problems, mental health issues, or confidence stuff. We all have problems, all of us. When we communicate, it becomes curable. 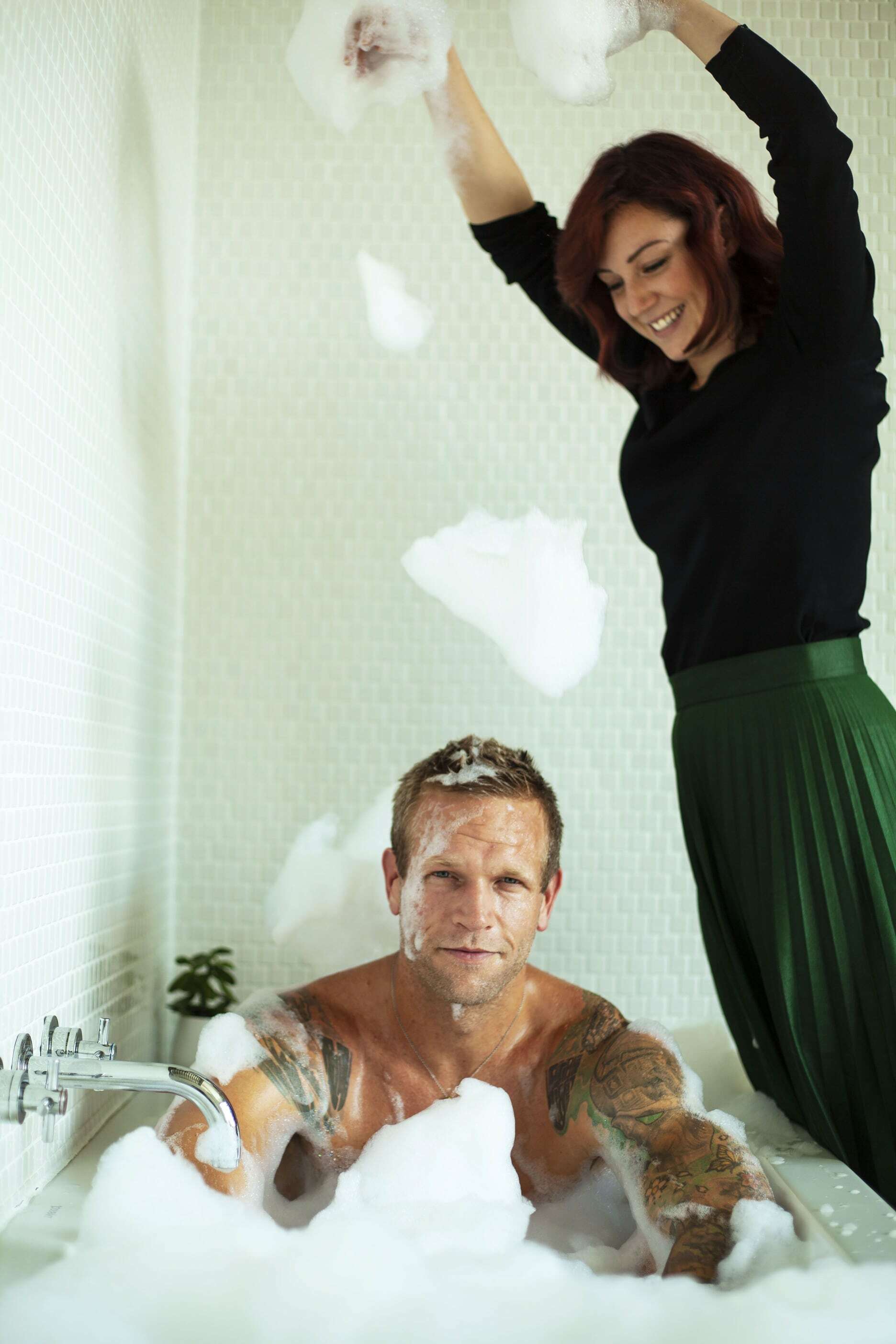 I wish we had more mentorship programs, even from adult to adult. 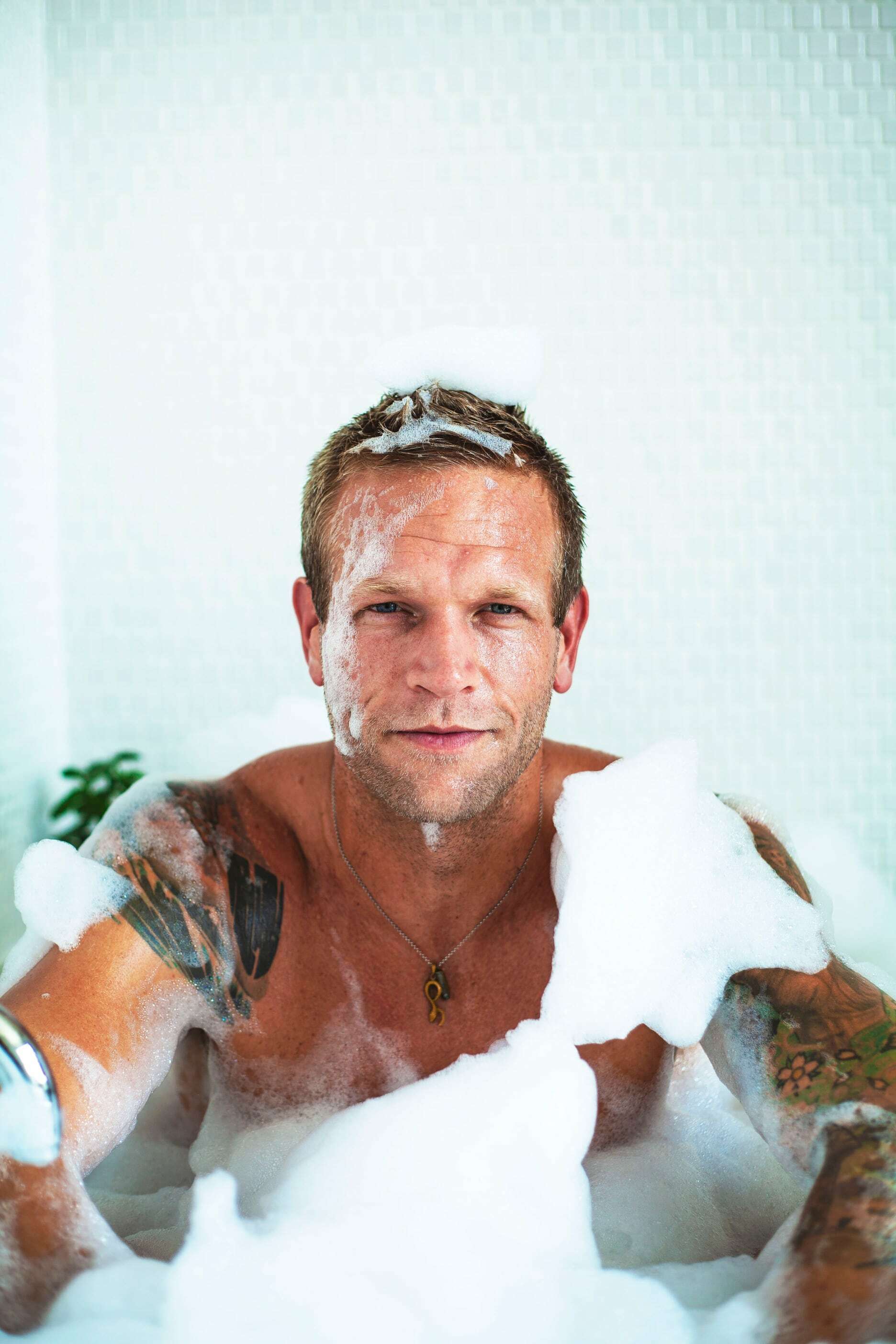 There is a lot that we can learn from each other if we can create places to do so.

One of the reasons I'm doing this project is so we don’t lose the ability to talk to one another, or get stunned into silence for fear of saying the wrong thing...

My understanding of gender equality is not about women being the same as men, it’s about women having the opportunity to do an exceptional job at being women, which means doing things differently. How do we celebrate our differences?

I think collaboration is key. You need to find like-minded people, especially to create change. Finding the right partnerships between men and women, and creating that message together, is key. Collaborations make people think differently. It brings in a sensitive side that only sitting in a bath of bubbles might be able to create. That’s where I think the future is. That’s what I’m trying to do with the youth program. It’s not just coming to the soccer camp and saying "I'm a soccer player". It’s about coming to a soccer camp and meeting a fashion designer and learning about fabrics and textures, and then meeting a chef who can teach you healthy meals to make for school. In the end, that’s how you grow. You learn about other people. You meet kids from other races and places. From there, you create the right message. 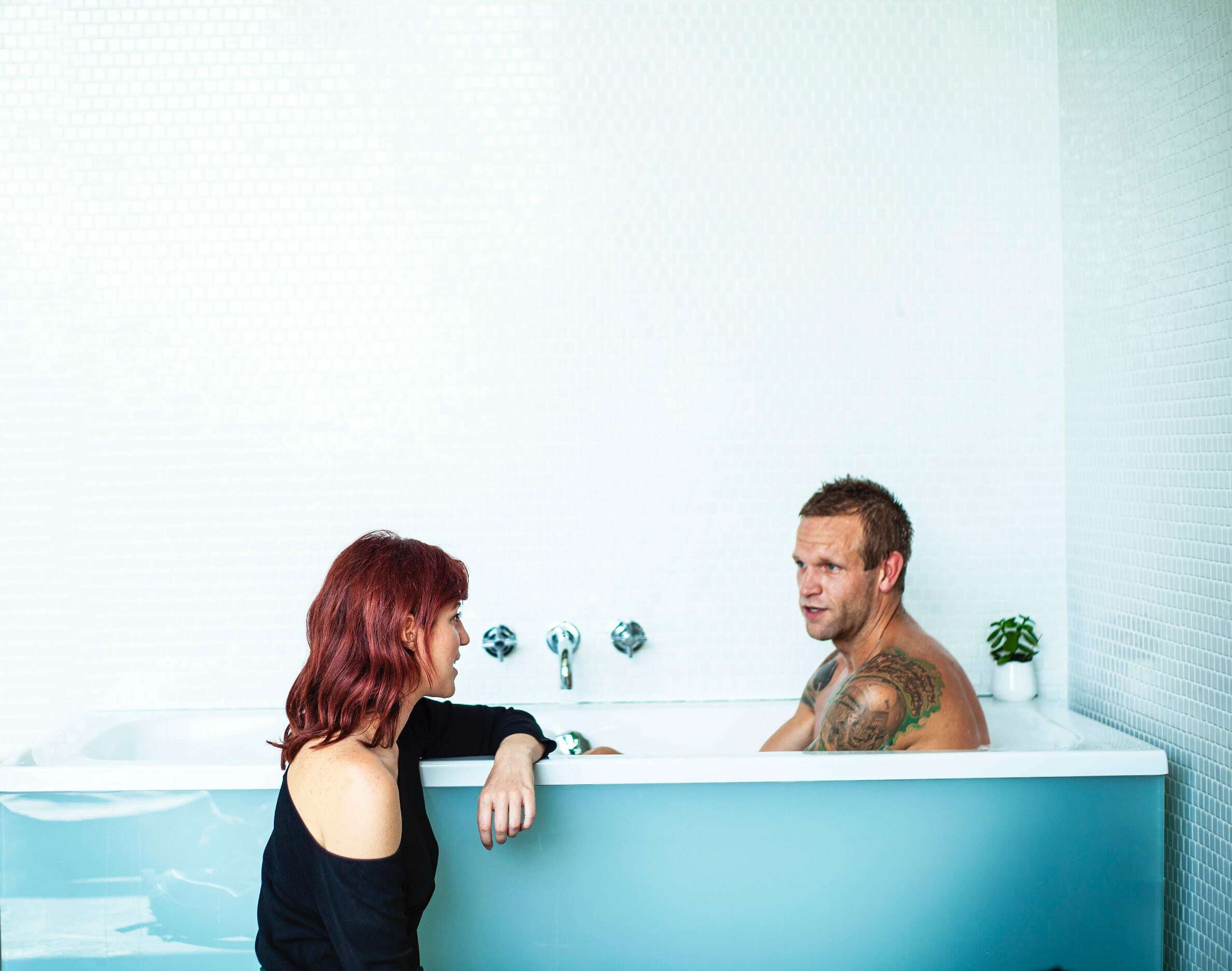 How are you raising your son into a man who views women as equal?

I think we’re a product of our environment so we’re creating an environment for him to be himself. When you’re a parent, you see life through a different lens. You understand that it’s your responsibility to create a place where he feels safe and confident in himself, and that has to continue because it gets more difficult as he gets older.

I work with teenagers and it’s a pretty crazy jungle for them right now. What they’re doing, how they’re communicating, even their sexual orientations. Stories that I hear around the bonfire, I wasn’t doing that at fifteen but they are. Why sugarcoat things, or try to tell them not to do something? It’s about creating places for people to be themselves and activate these thoughts and talk about it. I ask them about what they’re doing when they party. It’s a sensitive thing to talk about but once you get them talking, they want to tell you because they want your advice and help.

I don’t know if institutions or social media is creating a safe enough platform. I think it’s the opposite. Bullying is just as bad as it’s always been and now there are platforms people can hide behind. 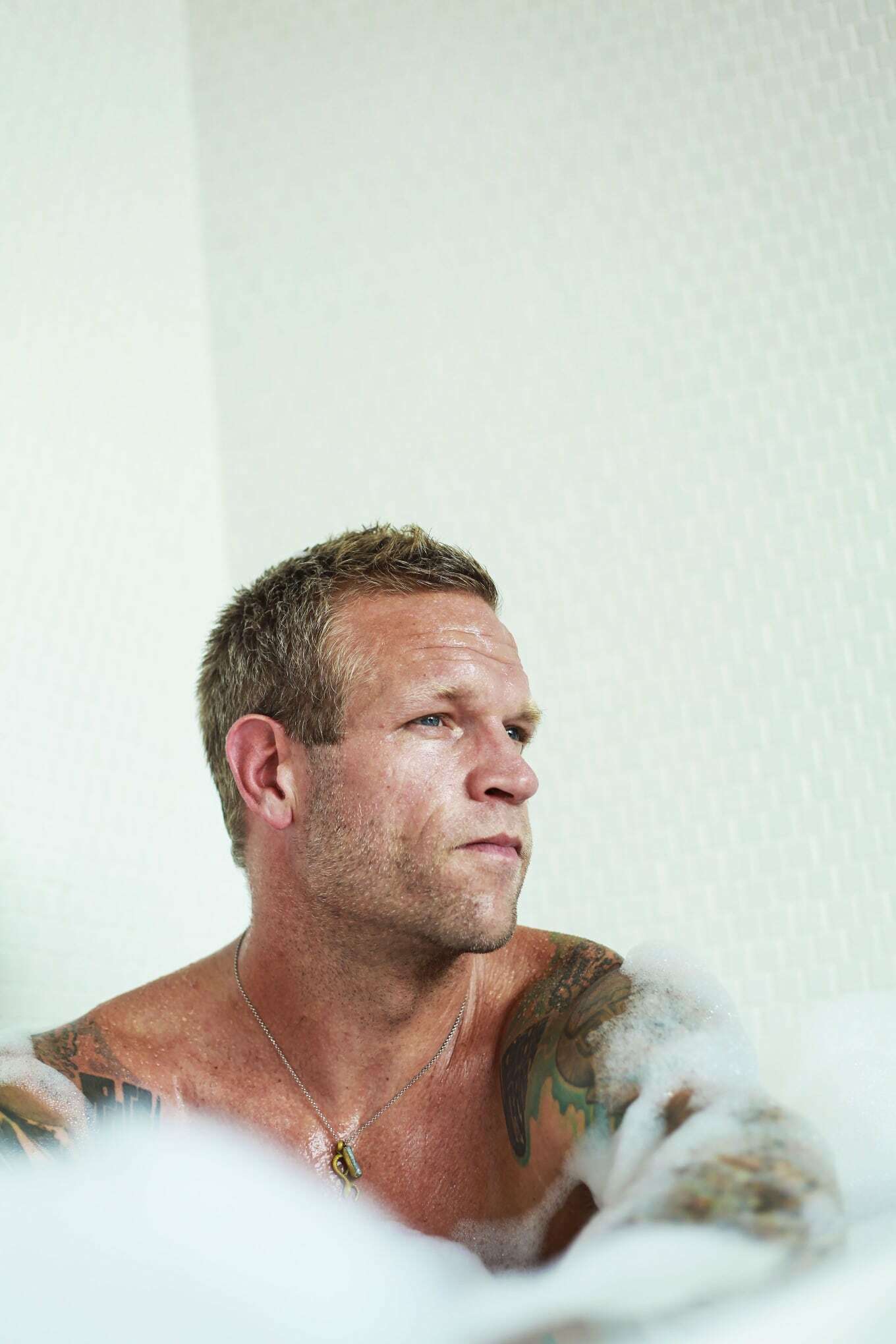 Young people are committing suicide because they feel like they are wearing a mask and can’t express who they are or they are trying to be something they’re not.

I think mentorship is hugely important. When you can put a 14-year-old in front of a 12-year-old, the social dynamic is different but mentorship is still the same. It’s a commonality. It’s finding a relationship between experiences and the journey. What’s adversity in both of their lives and how are they learning from it? In the end, it becomes something that creates a connection to allow people to believe in more things than they thought they did. I wish we had more mentorship programs, even from adult to adult. There is a lot that we can learn from each other if we can create places to do so.

Anytime I can put on a speedo and sit in a bathtub, I’m in.