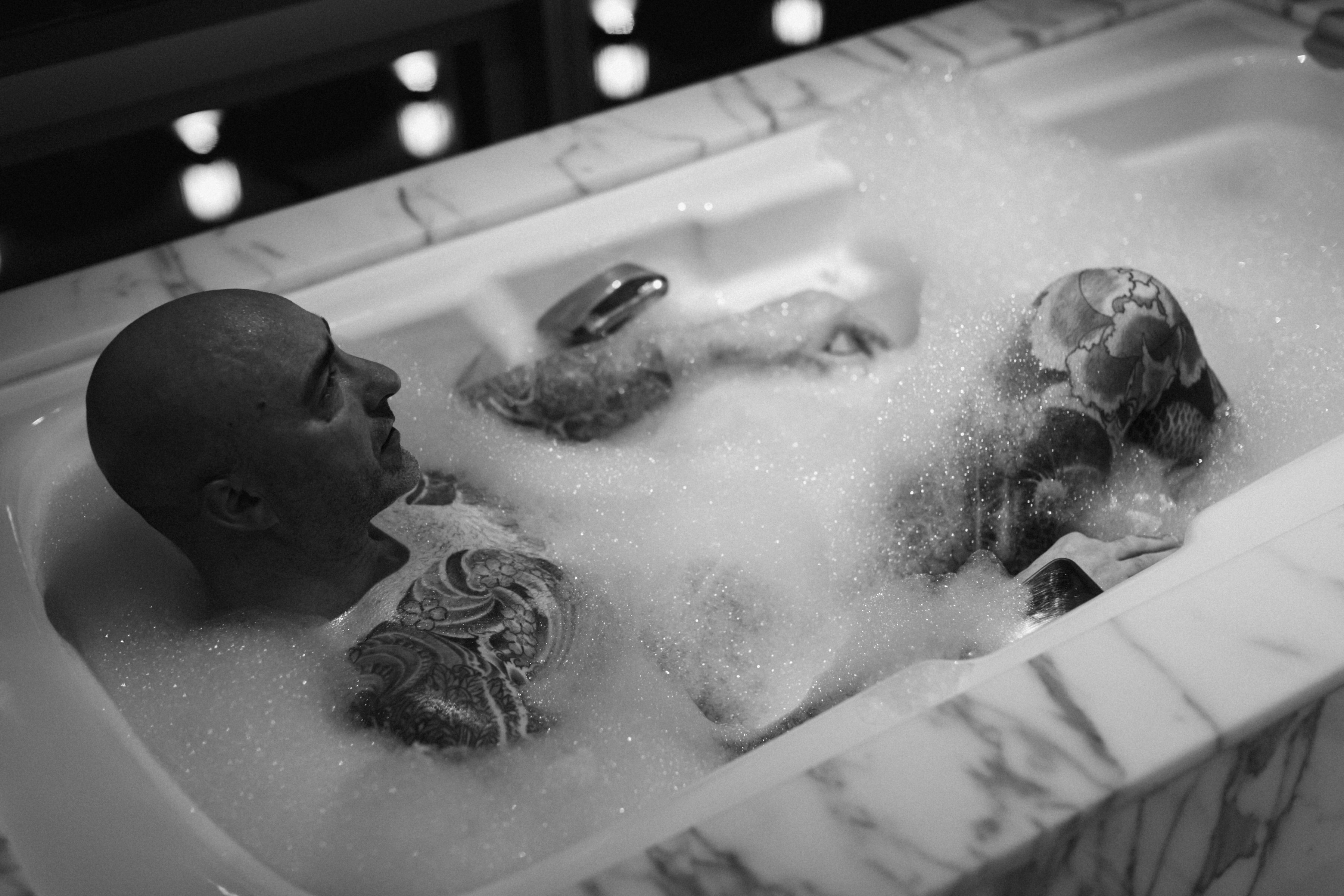 The story of the coy in Japanese mythology is that...

...once they’ve gone through their life’s journey and return to the place they came from, they go up the river and over the waterfall where they turn into dragons. When you look at a Japanese dragon, it has coy scales, deer antlers, lion’s mane, and serpent tale because it is all the things it ever was and all the things that it’s ever met. We, at the end of our days, will always be a collection of everything we’ve ever done and everyone we’ve ever met too." 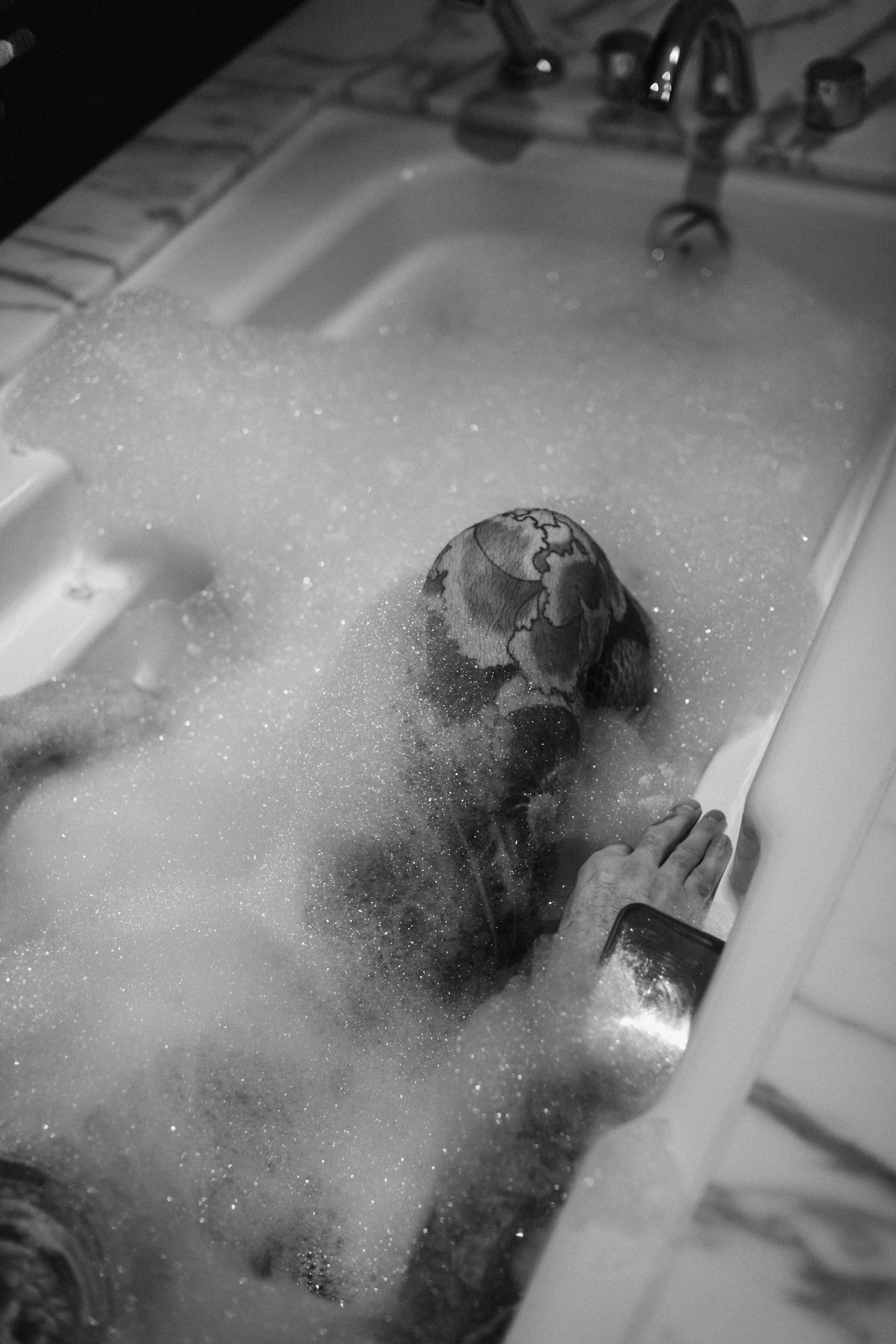 My initial response when you asked me to participate in this was absolutely not. 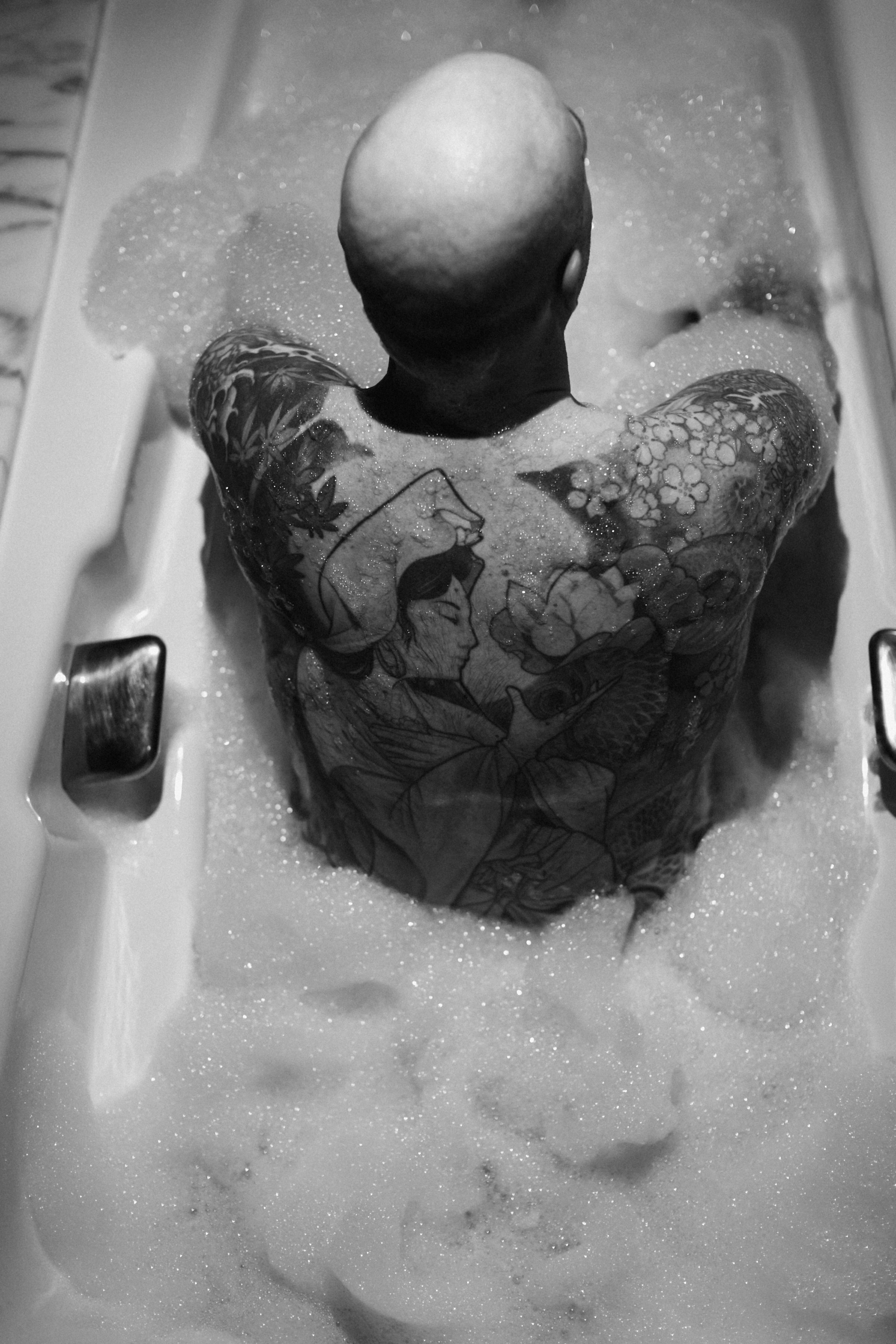 And that’s ultimately why I said yes.

What can we do to raise boys to see women as equal, and further to that, not fear women in positions of power?

I don’t have children, which is interesting to say because last February I found out I have a 32-year-old daughter, and then November of last year, I became a grandfather. So, I can’t explain the nurturing element of it besides what I had with my siblings and all of my closest friends, who have always been women. What I can speak to is having been a teacher for fourteen years, having my own design firm, being a mentor for young designers, the events that I speak at, and the number of people I get to meet. It’s actually quite astronomical. The way I can teach boys to be more aware of the necessity for equality—and you’ve used the word masculinity, which I think is a confusing word because I don’t know if that means machismo or bravado or male-thinking—but the way that I can influence and inspire boys to be the best human beings is through words and actions. If you try to tell somebody what they need to do or should do, they might reject it because there is no real context. But if I'm allowed to be in a place of influence and they come to hear what I have to say, then I have to make sure it’s model behavior to what the expectation of today and tomorrow is, not what past expectations were. The worst thing I could do is validate someone’s stereotype or bias in a negative way. The best thing I can do is share how I'm living and what I'm doing, and be questioned by the youth of today. I grow from that. 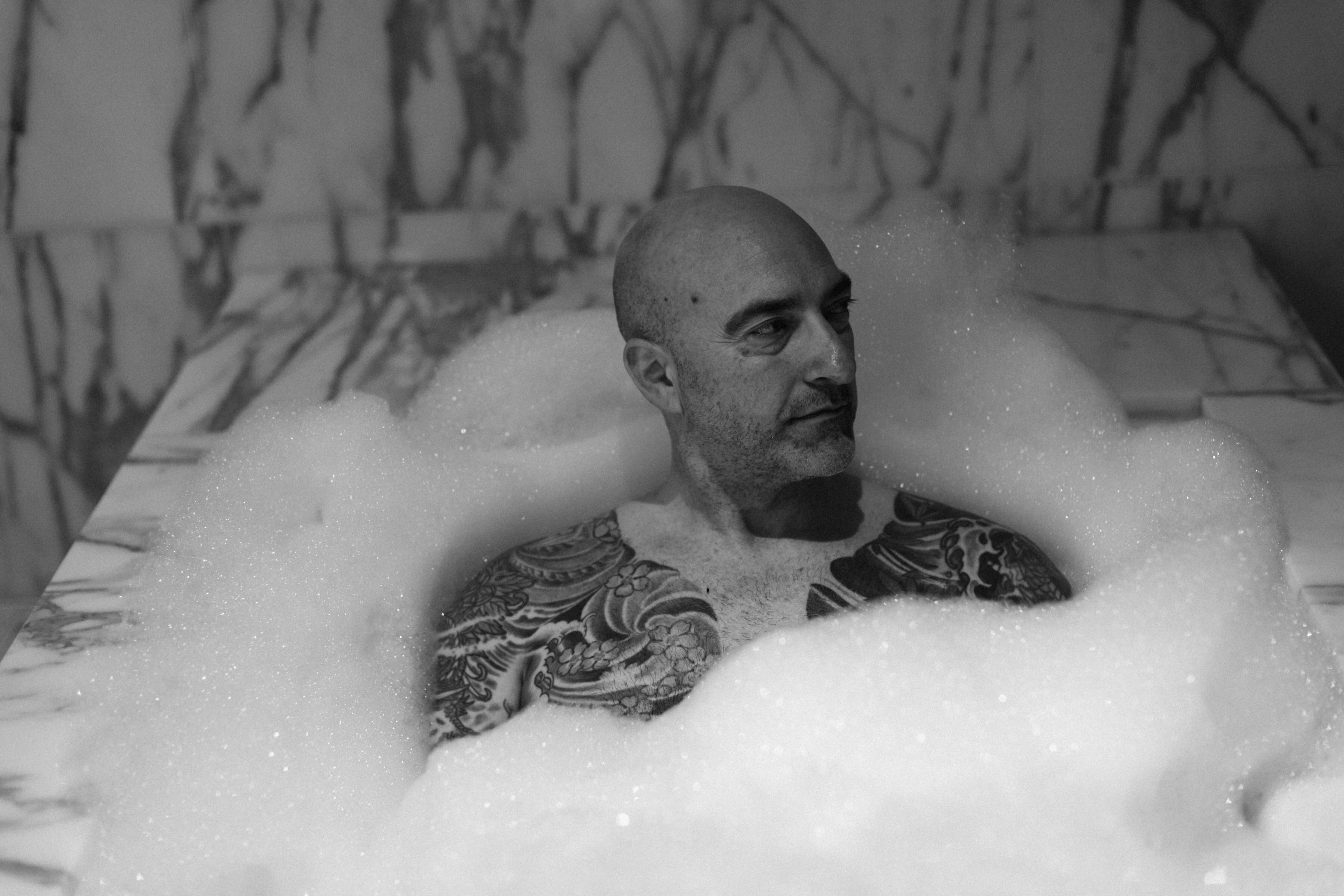 How can women involve men in the feminist movement?

I’ve never felt not involved or included, but when you ask this question, I wonder if there have been past opportunities and experiences where I missed a chance? I think that’s a point of privilege to think that you’re always involved. I’ve never had to ask to be included, which is maybe an arrogant response and an honest one. I’m also really fortunate that I grew up in an environment with a single mom and four kids where I was the eldest. Mom and I were best friends and I took care of my siblings. I cooked, I got them ready for school, and if there was a problem I got the call. I feel blessed for that.

So, how do women include men in the conversation? Well, holy shit, take the case study here right now. Let’s strip it down to what it is, pun intended. It’s a meaningful dialogue where everyone is in a similarly equal state of appreciation, trust, respect, and willingness to have a larger conversation. My initial response when you asked me to participate in this was absolutely not. It wasn’t about sharing, it was about who might see it. And that’s ultimately why I said yes. It’s too important. This is a conversation that I think I’m allowed to participate in. It’s a human conversation.

We’ve been seeing “the future is female” slogan everywhere these days. It didn’t sit right with us and we couldn’t figure out why but we started to wonder if men were getting the idea that we are unwelcome in this conversation. A young girl wore a t-shirt to school with that slogan on it, and although she wasn’t asked to change, she was asked how she would feel if a boy came to school with a t-shirt that said ‘the future is male?’

Men have been wearing that shirt, just without those words, since time immemorial. 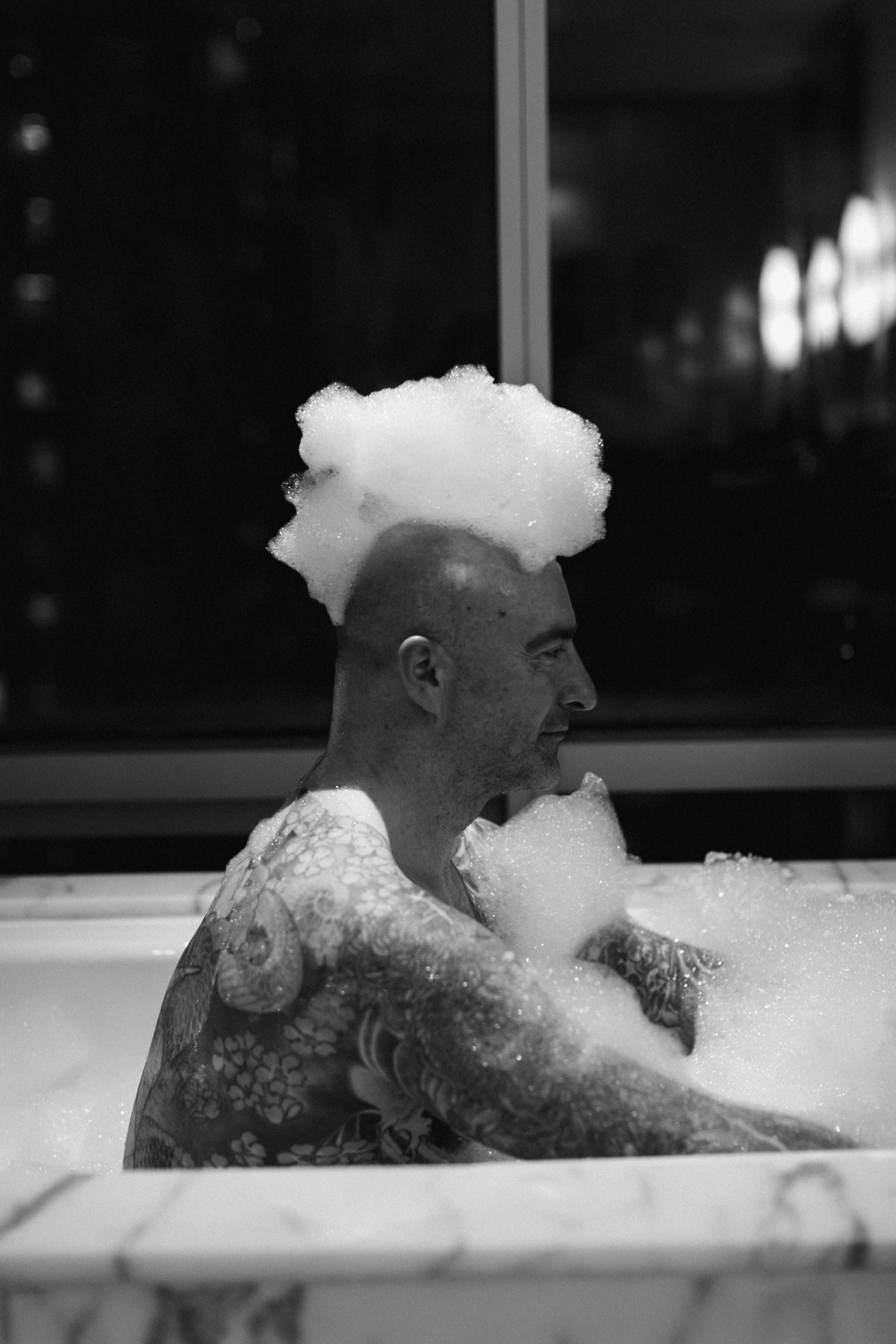 What the fuck do you have to be afraid of? Equal opportunity? What are you protecting?

Many things have to change, but this project is part of it. It’s innovation, it’s momentum, it’s rebellion. To have the invite to this conversation be participatory, that I really appreciate. To answer the question specifically: never say no to an invitation to something that might be uncomfortable or make you feel vulnerable. You need to trust because I bet fear instigated a lot of the problems we have today with any kind of gender bias. And isn’t that funny? What the fuck do you have to be afraid of? Equal opportunity? What are you protecting? It’s power. Ego is power. Money is power. Strength is power. Decision-making is power.

Sometimes you just need to get the fuck out of the way because you’re holding things back. When you’re protecting what you have or trying to hold onto it, you’re actually creating barriers and roadblocks, and not allowing others to be better for you and with you.

How do you speak about gender equality with the people in your life?

My first response is by not mentioning, by just being an example as if it’s a non-issue and we’re already in that place where everything is equal and we’re fine. But that’s premature, we’re not there yet, and to deny the conversation is to do a disservice. I find it interesting that that’s my first response and wonder who programmed me to have that response and what role did I have in blocking out learnings that happened up until this point? We all choose our advocacy and the work we want to do in the world, but to not be willing to go to that place is a past generation’s way of denial. It’s that “don’t ask, don’t tell” mentality. Are you fucking kidding me? That’s not a response, that’s a complete escapist, chicken-shit approach to anything. What I love is being where I am in life where I’m allowed to call myself on my own shit and have other people calling me on my shit. Also, silently looking at people with judgment and kind of getting to turn into that crotchety old man. I feel very lucky to be able to learn. It’s really cool because twenty-year-old Johnny wouldn’t have any fucking clue how to handle this. You’ve allowed me a safer space of trust, and also, what’s going to go wrong? Am I going to be embarrassed by my answers? Well good, maybe I should be challenged.

Well, the bubbles could move.

One of the reasons why I said yes to this was because I wanted to keep my word. Two days before you texted me, I had made a promise: I will never say no to an opportunity to share an opinion and learn from it. Going back to my single mom, she said, the only thing you have and will always have is your word. Don’t fuck that up. So I made that promise to myself to always say yes and you texted me the next day about this whole Men Who Take Baths thing. I had to say yes and I like that. If you don’t say yes more often you end up saying no too much and nothing progresses. There is a better me that is evolving because of people like you. I find that really magical and that one goes back to mom. Keeping promises. 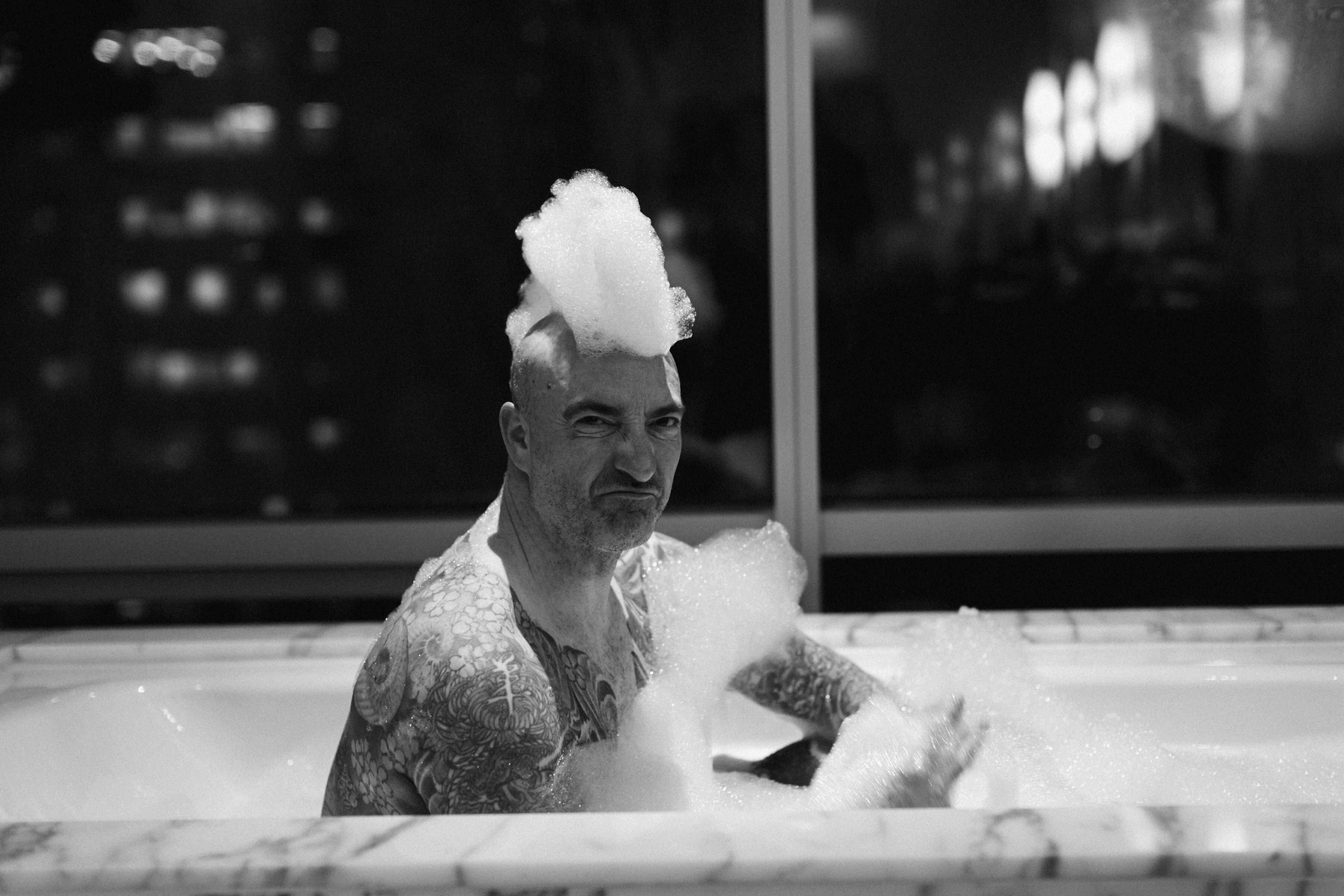 My only comment would be, what’s the comet tail on this? Does it become annual, does it create a larger dialogue, how do ten of us get involved and have a discussion about our experiences in the bath so we can widen that conversation? One thing I’ve learned from the women in my life is to talk to people.

I think with this, we are on the precipice of possibility and we are willing to walk to the edge to see what’s there. I think the comet’s tail is the conversations we’ve had through this project, and the conversations the men involved are having with other people in their lives because of it. I think we’ll know the answer to what comes next once we start publishing these interviews. Who knows?