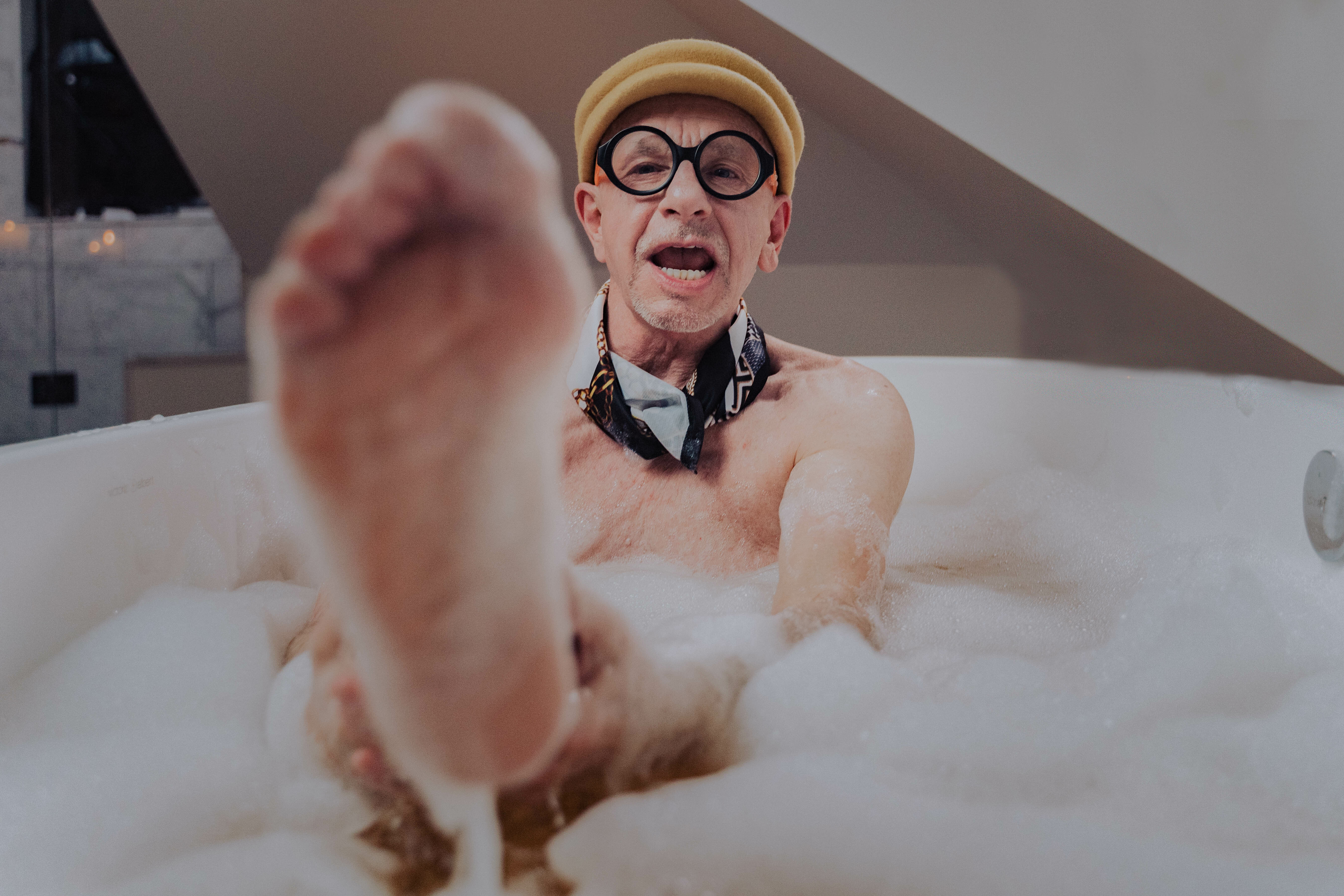 My success in pulling myself out of my Humpty-Dumpty moment has been a direct result of my involvement with young people.

You mentioned the idea of suicide, that you couldn't die because you were, in a sense, already dead?

Suicide was never an option because I was already dead. I was listening to somebody else give their account of their rock bottom. I'm convinced that because of the human condition, all rock bottoms are of similar design but not necessarily similar experience. For almost 12 months, I slept 18 hours a day. It wasn't just a mental health thing, it was a complete depletion. It was physical, emotional, spiritual, professional.

I had a homophobic principal when I was in the classroom. Fortunately, it was the last hurrah because I was retiring very soon from teaching, which I have now, officially as it were, but I was on long-term disability for mental and physical problems, and it sort of all culminated. It began on the 17th of February, 2016 with my father's death. It just sort of progressed from there.

What did it look like? What is the degradation of mental health?

It's a feeling that you've got this. Let's put it this way, reinvention is all about creating a strong and mindful opinion of yourself, so strong and mindful that you don't accidentally believe what others are saying about you. But when you start not knowing what to believe in yourself, that's a different matter.

All my energies were about not believing what other people were saying. But when I no longer had what I needed to believe in myself, that's when I fell through the cracks. And you know what it was? My rock bottom was when I gave myself permission to be weak because I was tired of being strong. For everybody, for everything. 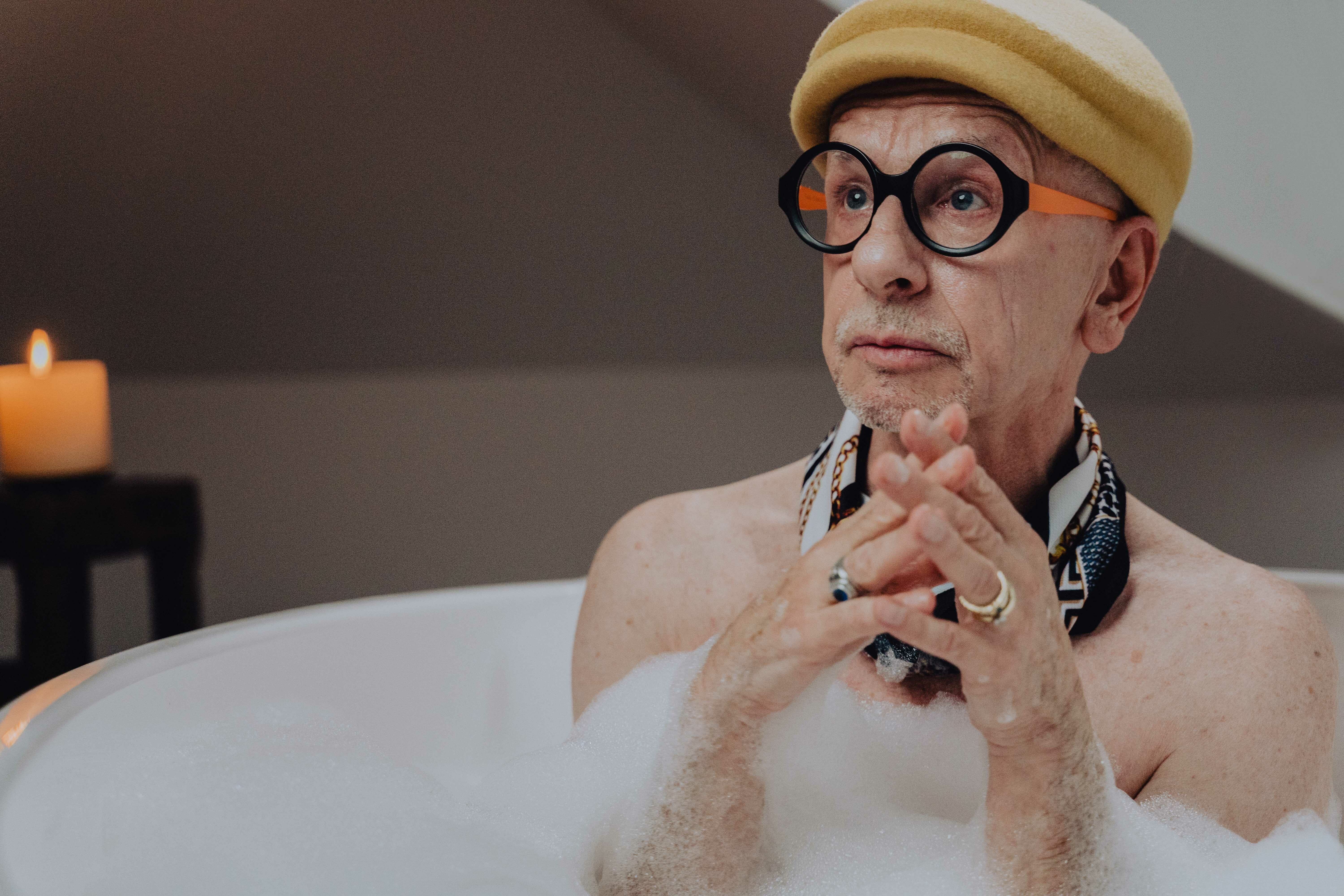 The sense of depletion and giving myself permission to be weak was what I needed. I avoided people, I avoided my family. It was pretty clear that I was not well, but I knew if I had enough time by myself that I would see myself through this. It was just a matter of time.

You tell yourself enough times you don't have to be strong and you begin responding to that message; you begin living out that message.

I knew once I had submitted myself to that sort of mantra, then suicide was not an option because I was already dead, so how do I address the death in my life? How would I address any kind of sense of loss?

I treated my sleeping periods as periods of mourning. I was mourning the loss of everything, my spirit, my health, my job, my sense of worth. It was a sense of worth that I knew if I gave myself the space to be weak and stopped being strong for myself and for everybody else, I could let whatever was going to happen. I had no idea. Fortunately, it all worked out.

I want talk about fashion. The irony of fashion saving your life, as you've said before, and yet here you are naked in a bathtub!

I feel very empowered by my nakedness. Nakedness means empowerment. A self-possession of your body, and how, you're vitally aware of being naked. I feel I'm the powerful one because it's a choice.

Can you expand on that? 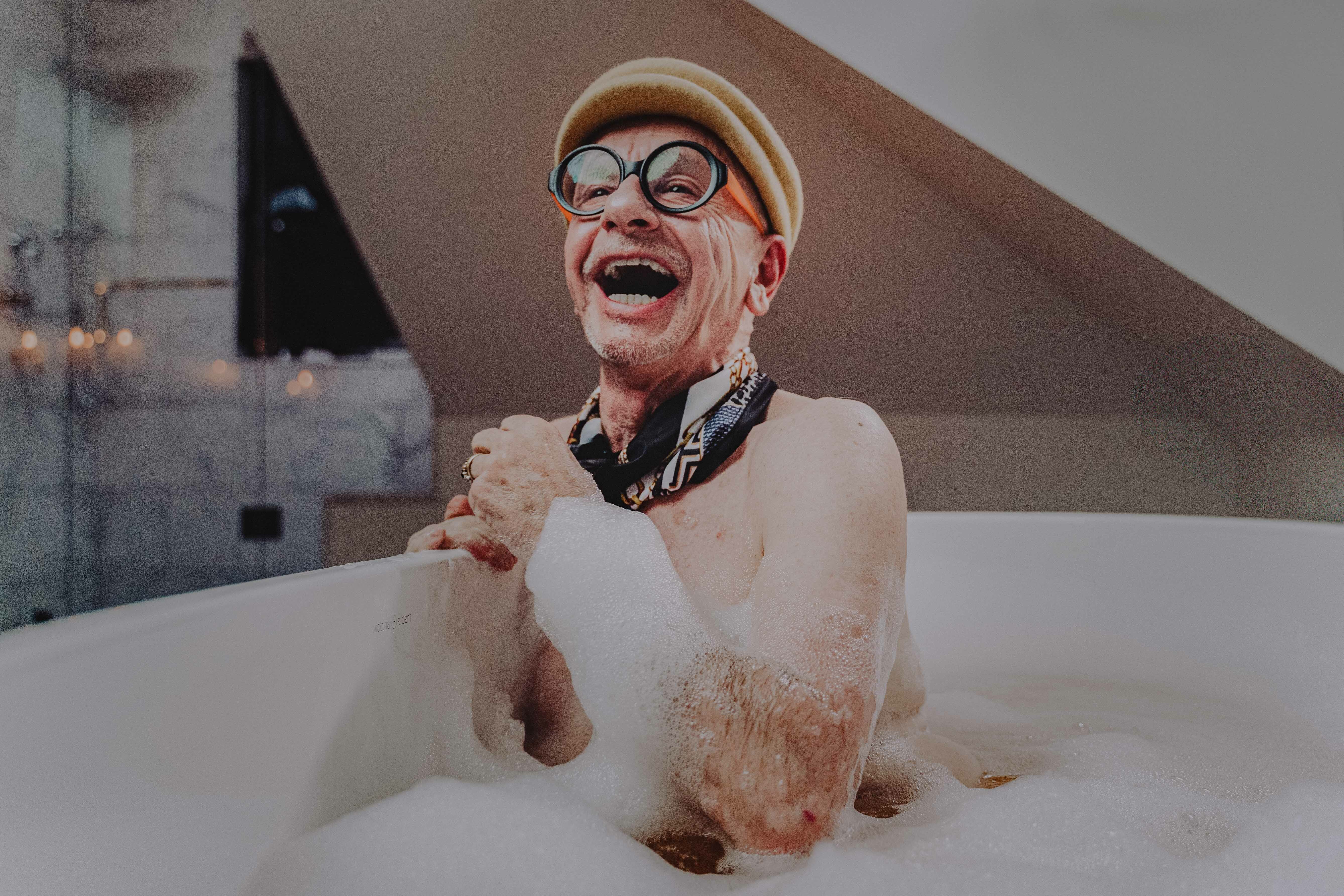 Self-doubt is about how I look. It's a reminder that when you look in the mirror, you have to look at yourself with gentle loving eyes and not critical eyes because if you're going to take this journey of exposing yourself, there are going to be enough critics around you that you don't have to be your harshest critic. Your body is, at this point in time, what it is. I was aware of my body from a very early age because of my theatrical and dance background, and ice skating, so those kinds of activities were part of formulating my initial self-image.

Tell me about your memoir.

The working title is "Died and Gone to Fashion: Surviving a Period of Unwellness, One Outfit at a Time."

I think in your reinvention process, you have to be organic because it's not all about what you think. It's also what the gods have in mind for you. I mean, the gods might be crazy, but they're still listening. You need to be open to the universe, and so, I just ran with it. Being open to the universe simply means, whatever you were thinking, it may have to change based on your experience as a result of some of the decisions you're making.

Is that more difficult for men? It seems like mental health, which might require asking for help or giving up on the idea of how you want to be perceived, is counterintuitive to the idea of masculinity.

I think men have more difficulty with it if they are not engaged with young people. That is, they don't have children, or in my case, not having any children of my own, I spent so much time in a classroom with teenagers. And 13-year-olds can't lie.

Of course it's important to engage young people in discussions around mental health, but in what ways is it important?

I used to meditate with my students before every class. Drake was one of my first students when I returned to teaching after my opera career. He was in my first class at Forest Hill Public School in Grade Eight. If he remembers anything about me, he'll remember that. 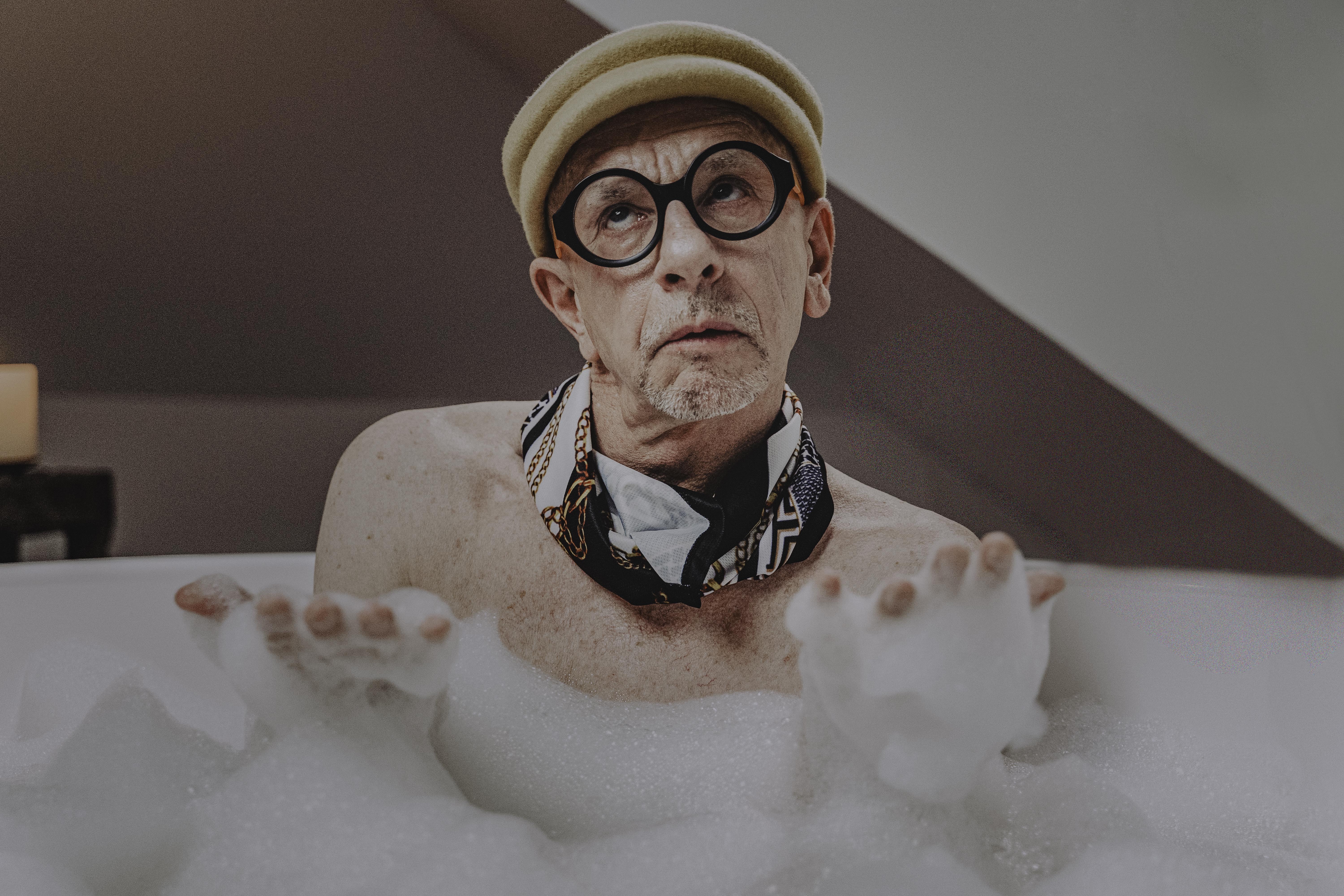 I love the energy that young people give me, but I also realize that I have something to give them in terms of experience and just wanting to know things are going to be all right.

My success in pulling myself out of my Humpty-Dumpty moment and trying to put the pieces back together again has been a direct result of my involvement with young people.

When someone is in the pit of despair, at the bottom looking up, feeling like they're wandering in a fog and they don't know that they're going to be okay, what do you say?

If you simply dwell on the brain, then you're thinking too much, and if you're simply going with your heart, you're feeling too much. It's engaging the brain and the heart simultaneously. Oprah might call it the ah-ha moment. I call it a revelation, an epiphany, whatever you will. Everybody has that sense of knowing, of the brain knowing what the heart is feeling. 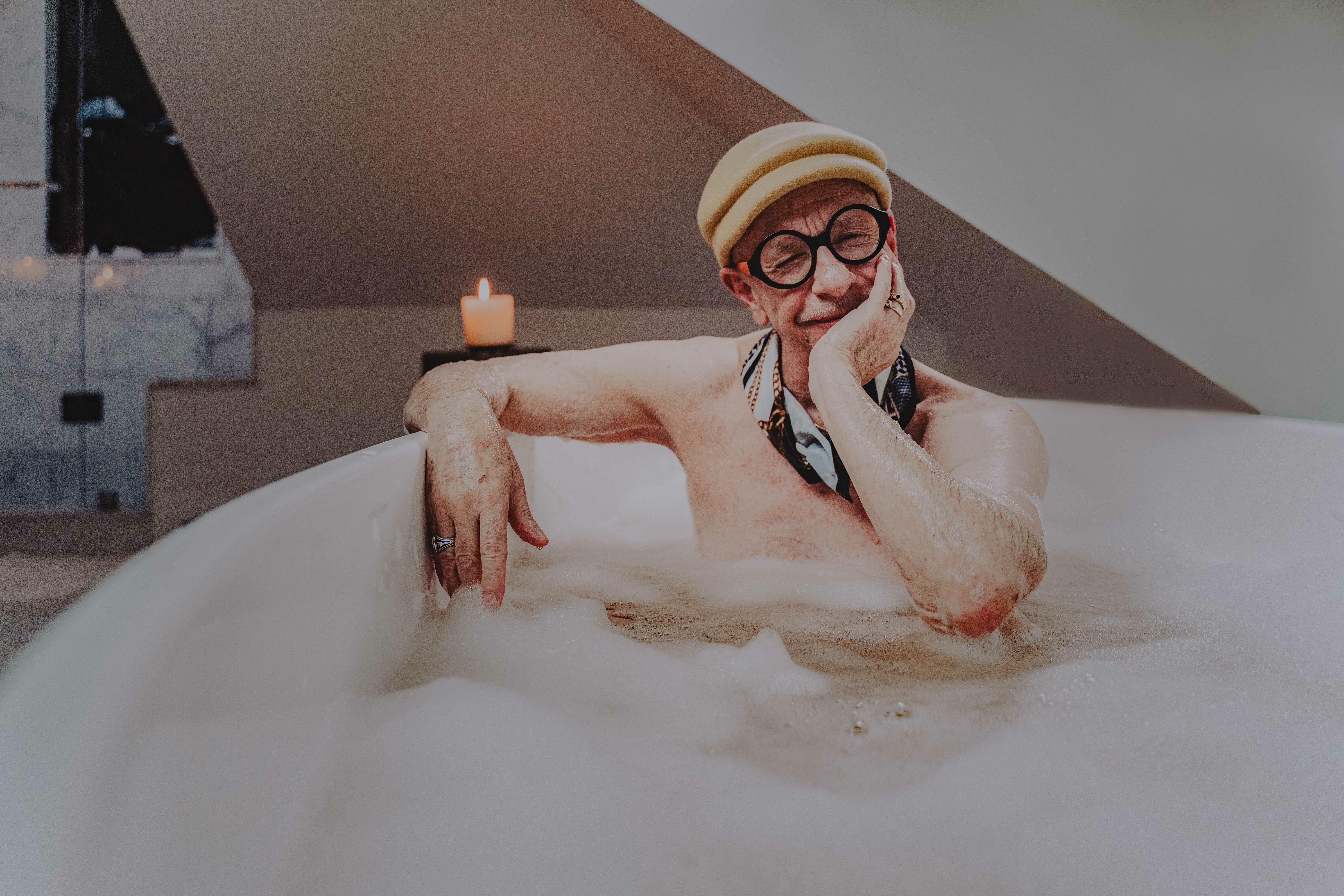 Are you the man you want to be?

Absolutely. I am having the time of my life. I really am. Honestly. I celebrated my 65th birthday last week.

And you got that wonderful hat!

I think it's that sense of being childlike, and that's what theatre taught me when I was seven. Theatre has always taught me how to keep the inner child awake and alive. I really feel that the biggest gift of my life has been to allow my inner child to simply be. When I was at my lowest point, there was no child in me. I felt really heavy, I felt dead.

Being around young people, either in the classroom or now in the entrepreneurial mentorship position, is really what feeds that. It's almost like a magnet bringing all the pieces of Humpty-Dumpty back together again, And it's creating a different picture, it's creating a new and improved version of myself. There wasn't anything particularly wrong with the older version, but if reinventing yourself at age 65 means having the life that you never thought you would have, then why wouldn't you go for it?

The secret to life is keeping the inner child alive?

Acknowledging that that's what it is, and surrounding yourself with young people.

My philosophy of knowledge is that we are all born with all the answers of the universe. It's not the answers you're looking for, it's the questions.

I can provide some of those questions because I've had enough experience in asking myself those questions. What is the question? Don't look, you have the answer, and if you really believe that, you will find the answer to your question, provided you ask the right question.

It's really a sort of Aristotelian kind of approach to education, that is, ask me a question, and if you don't get it, I'll ask you another question, and soon you're going to ask yourself those same questions so that when I'm no longer here, you know what the questions are.

There's an Araucanian Indian greeting that says, "I shall come again 'cause I like myself when I'm with you." That's it. Whether you're trying to decide whether you should be friends with someone, or it's a decision of a new job or a new career move or a new whatever, ask yourself: do you like yourself in that situation? If you don't like yourself in that situation, then you have to ask yourself, then why would you choose something where you knowingly don't like yourself?

Young people make me like myself more because they make me feel that I have something to offer and that I'm of value. They seek me out and that would give some indication that I have lived an examined life. An unexamined life isn't worth living.

It's not just a case of learning from your mistakes, it's quite the opposite. Mistakes are there, and that's exactly what it is, it's a miss-take. It's an opportunity for forgiveness of yourself. Self-forgiveness will then propel you forward into living the life that you were designed to live. Mine just happens to involve clothes most of the time.