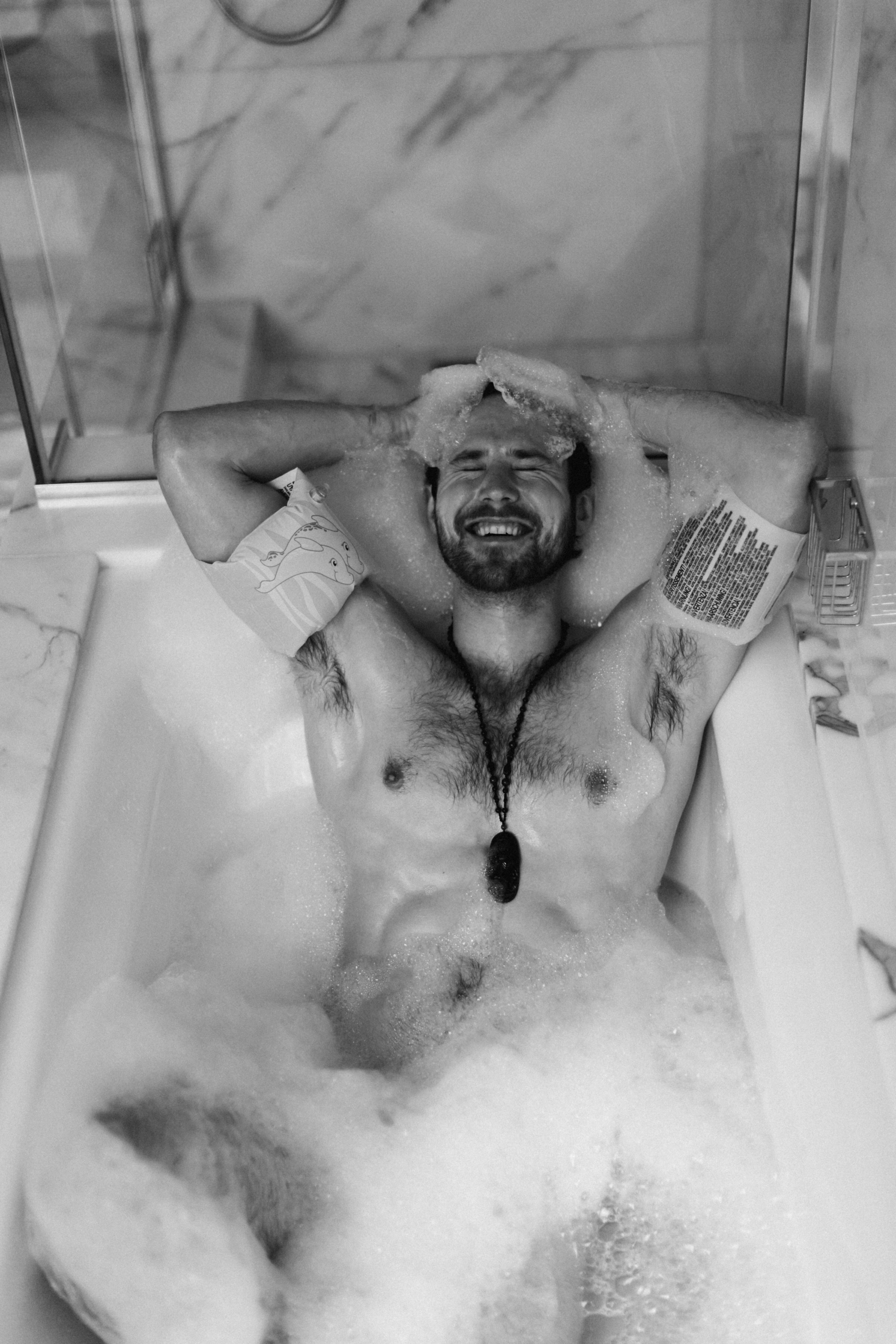 I can have a ton of emotion but still feel masculine; one side of me doesn’t negate the other.

What is “masculinity” today, and how does it fit in a ‘future is female” world?

It comes down to power. Where is the power right now and what is the history that has led us to the world where it is today? Predominantly, you sit there and think about men being leaders in the majority of fields and holding a majority of the positions of power and wealth, and that’s not just opinions, it’s fact. You then look at the top ten richest men in the world, and they’re predominantly white. I think you have to acknowledge all of that when approaching the question of where we are today.

The whole thing with “the future is female,” is that you have the other side that has to push even harder not just to be equal but to have a voice that’s heard. I think we’re at this spot now, where voices from the female side are loud enough that men are beginning to understand what’s going on to the point that if they don’t, it’s from a place of deliberate ignorance. From there, the actual conversation starts. Women can come to the conversation saying what they need and what they have felt has been held from them, and then it also takes men coming to the table to create space, assuming that they own a space currently, and listening to that. The other side of the “future is female,” is simply a women-dominated world, in which men feel like women did a hundred years ago. And that’s not going to work either. We have to figure out how to go at this whole thing together.

There’s a stereotype of masculinity that you have to be strong, dominant, powerful. I’m not going to bullshit, those sides of me are the most fun to explore.

How do we raise boys to see women as equal?

There are two things: the tide of the river and how well you swim.

We’re at a place now where we’re starting to realize that we are in control of the current. So how do you raise young boys? I think it starts with knowing what is going on in the world. Before we look at how we raise children, we have to look at how we help men and women come to the same table today. We don’t currently have a unifying, concrete idea of what both sides want.

When it comes to feminism, I don’t even know how to step forward without stepping on toes. So, maybe it’s just holding space for conversation? Or maybe women want more power; what does that look like? I don’t want to make assumptions. Before we think about raising strong children, we need to figure out what we want to teach them. The cool part is that this conversation is uniquely human. When you look at what feminism is fighting for, it’s to be acknowledged and loved, to be valued and cared for. Which is no different than what any man or decent human wants. We’re fighting for universal values, but the difficult part for men is that we’re like fish in the water. Men are privileged to those values from day one, so they don’t know that those values are actually granted to them. We have to start by educating men who are having children about what it is that they have, which they might not even realize they do.

Biologically, there are traits that make you “a man” but that doesn’t determine what a man is. To me, being a man is exploring how I relate to that dissonance. My definition of masculinity has moved away from what the world told me a man is to figuring it out on my own.

What is the difference?

There’s a stereotype of masculinity that you have to be strong, dominant, powerful. I’m not going to bullshit, those sides of me are the most fun to explore. I feel some of my happiest when I’m in the gym training absolutely dominating and filled with testosterone. That makes sense to me, biologically, and it’s a very internal feeling that doesn’t play with the world outside. When I take that into account with how I want to show up for the world, it’s not just about how I’m feeling but how I interact with others. For me, masculinity has been a struggle in defining exactly what it is, but it’s owning those characteristics while also accepting that I don’t have to be one-hundred percent that way all the time. I can have a ton of emotion but still feel masculine; one side of me doesn’t negate the other. One of the most powerful masculine traits that I’ve come to embody is exploration. It comes down to a willingness to explore all sides of yourself and to stand graciously in that, without needing to impose on someone else. It’s ownership of emotions. 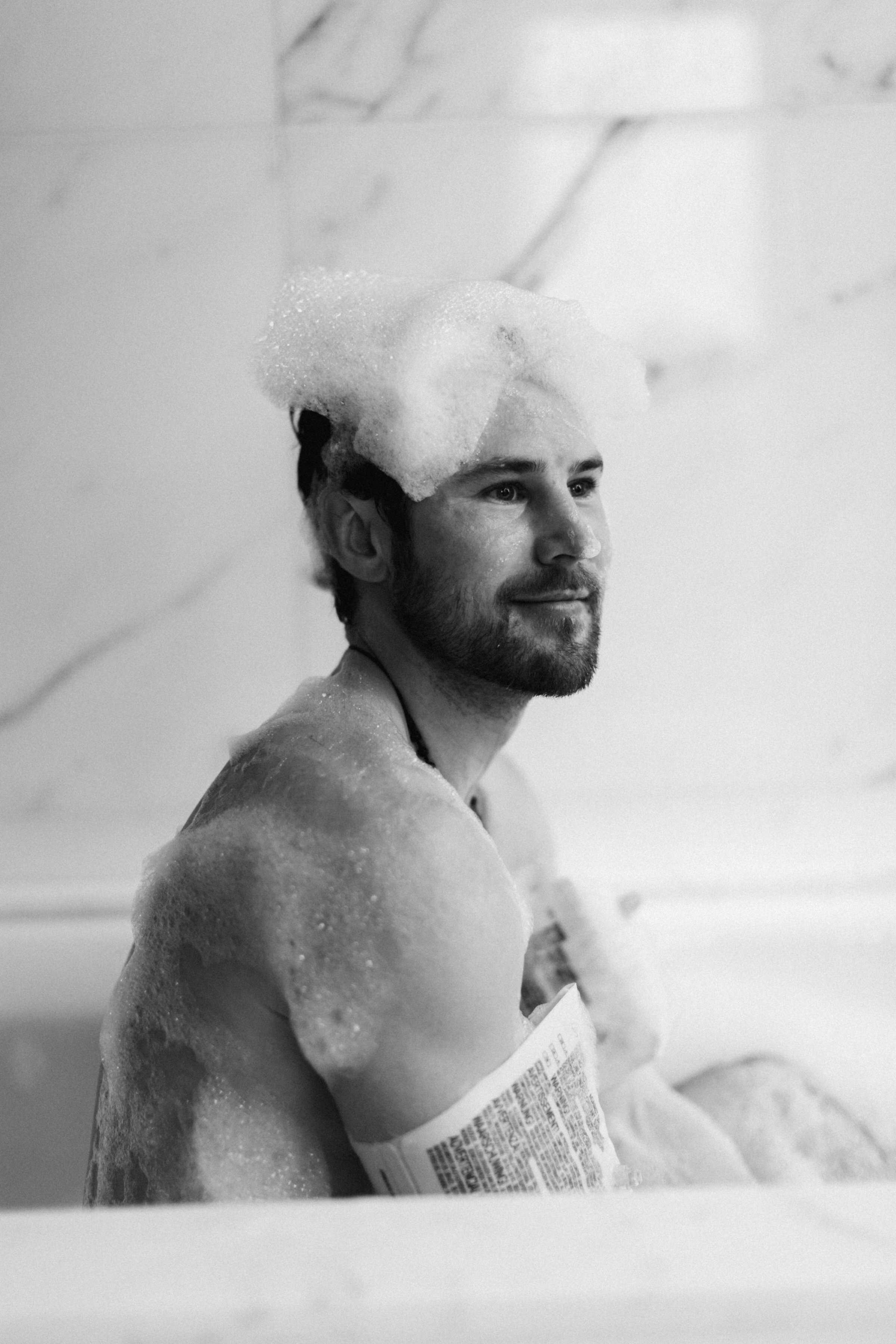 When I look for information about feminism, I feel like I come across a lot just telling me why I’m bad.

How can women can involve men in the feminist movement?

Empathy. Even if you look at the narrative on social media, it’s always about how men sexualize women. Never does it acknowledge the majority of men who want to have this conversation. I get where that comes from, which is a place of pain and feeling like you don’t exist. I think what we need to do is focus on the men who are doing right and not the men who are doing wrong. I know lots of men who would happily hold space for women to voice what they want, take that, and then carry that conversation forward and champion women. I don’t see a lot of that happening, and I don't see any empathy coming from the feminism side about how to build this thing together when we’re a hell of a lot stronger together.

There are a lot of traits that the feminine holds that the world needs. I think it starts with men showing up with a willingness to listen without judgment, and women stepping forward and filling that space. Also, having compassion because this is going to be a repetitive conversation. Men will want to “solve the problem.” It’s about coaching men through it because right now I don’t think they understand the conversation from your side. I think it’s naive to think that everyone is going to show up at the table right away.

How do you speak to other men in your life about women?

I can’t speak about feminism from a female point of view because I have no idea. All I can do is relay what I’ve talked to other women about and then get them to point out in my life where I can make changes. For instance, I use the word ‘darling’ all the time, and I think of it as something that comes from a good place but some women have expressed the way it makes them feel. So, I’ll adjust that. It’s a lot of those conversations that will ultimately create psychological safety between me and the people I care about. It’s about getting to a place of understanding, and I think men can champion men in that without losing their sense of self, in a different way than women can.

Men being predominantly pack-oriented, I think there are a lot of ways dominant men can help steer other men towards a future where everyone feels valued. You look at rappers, for instance, and you ask them why they rap about “bitches.” It’s because their idols did. Then you see people like J Cole and Big Sean being like, “I have no idea why. I love my girlfriend.” So these young kids are now growing up exposed to different rap music that’s talking about college and respect, and love.

When I look for information about feminism, I feel like I come across a lot just telling me why I’m bad.

I think many women are just as confused as men.

The one thing nobody seems to be talking about is women in business and the fact that “business” was built from a man’s perspective. The corporate business world was built on the idea that men are predominantly better at long-term, strategic, linear thinking. If we’re not having conversations about how to support women in business, she’ll forever be trying to go into a "man’s world" and compete in a man’s arena.

I think women are phenomenally better caregivers than men. Most humans just want to be cared for, and if we built a business model with female-characteristics at the forefront, it’s probably going to be a more loving and nurturing place which means it’s probably going to have better people working there. How do you build a secondary world for commerce that’s built from and for the feminine? If women band together and do that, and men embrace it, we can have an incredible intersection between commerce and caring to shape a better future. 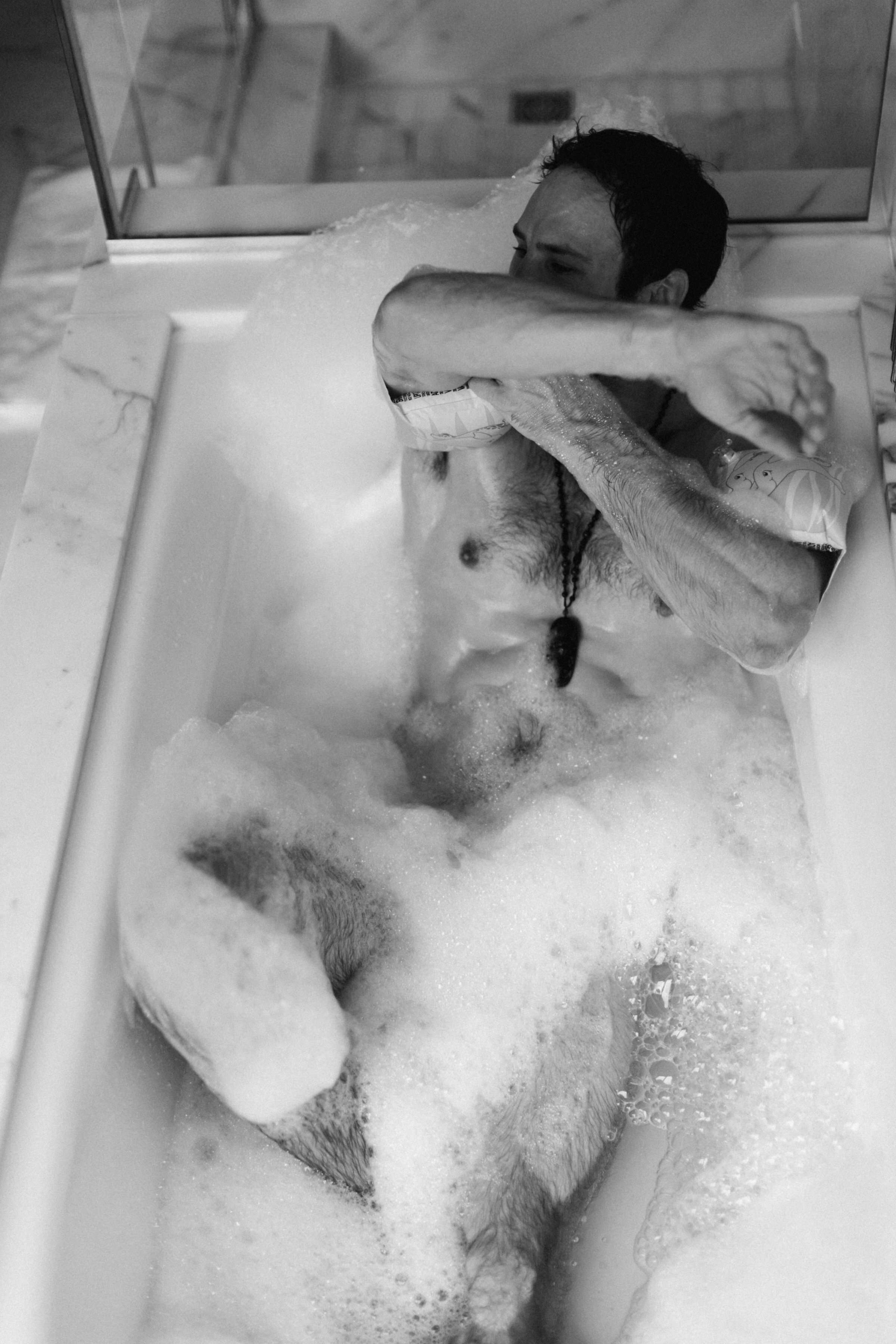