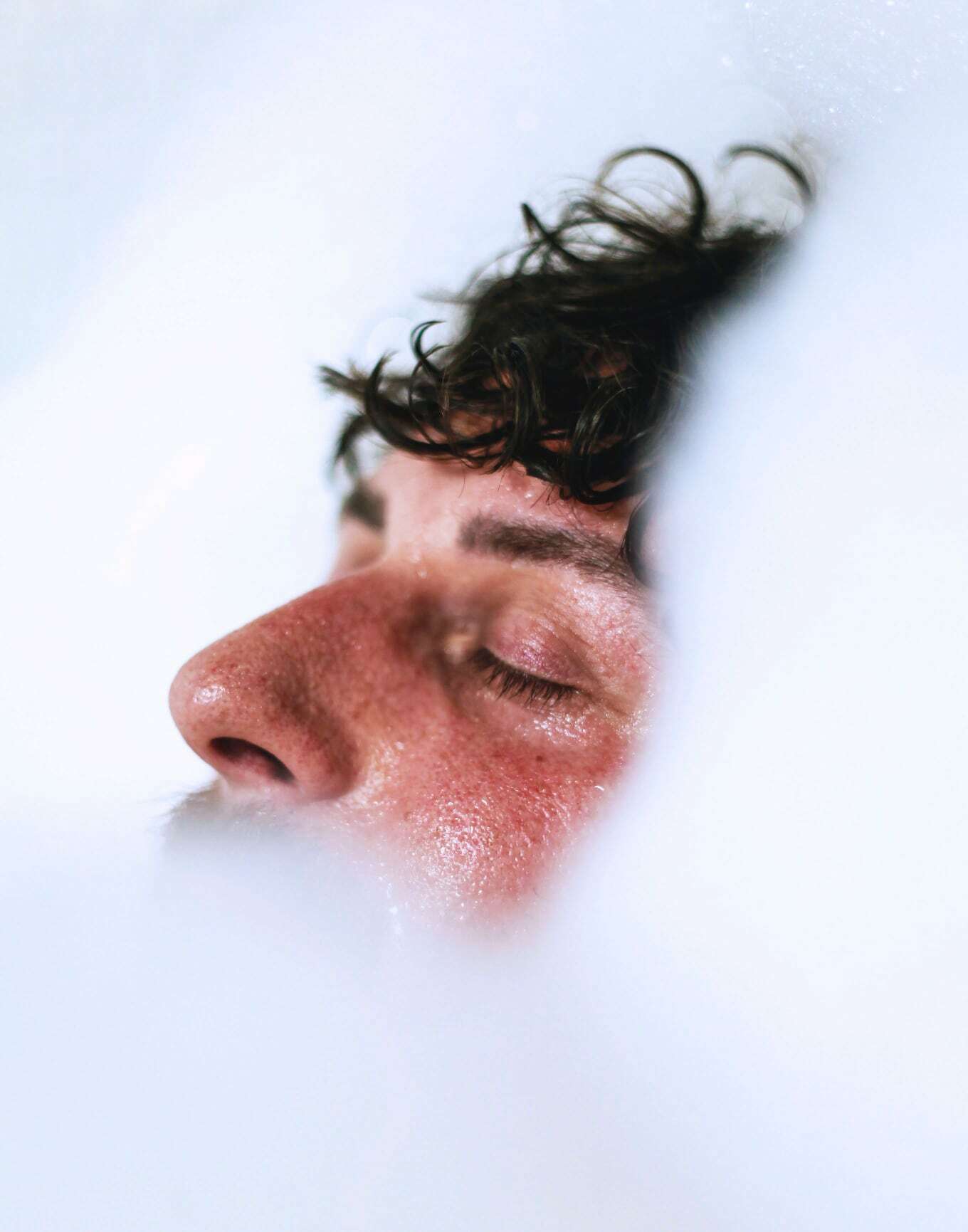 Sobriety brought me to who I am today.

Did the lead-up to his interview cause you any stress?

It did. I had performance anxiety. I felt like I needed to have the right answers. These are questions I don’t usually ask myself so to get here and be nude and be photographed in a bubble bath, there is a vulnerability which I’m working on being more comfortable with. That’s why I decided to be here. And know that I don’t have to always be in control or know the right answers, which would probably serve this project better than if I tried to.

What does being a man mean to you

This question really stumps me because I don’t really know what being a man means to me. I think I have a bit of a problem with that because, for one, I’m a gay man, so my subjectivity might be different. My experience in the dominant culture, which is predominantly hetero, is that I was always pressured into how to “be a man.”

From a young age, I grasped that being a man is a social construct perpetuated by the media and in school. I felt vulnerable and left out because I recognized at a young age that I liked men. I gravitated towards women because as much as I wanted to be accepted and belong in a group of boys, I also identified that I was strongly sexually attracted to men which added a complicated layer.

As of late, I’m beginning to see that being a man can mean being vulnerable, which goes against what I was taught. With the current climate and conversations around gender and masculinity, it’s certainly something I’m rethinking and challenging. From what I remember, being a man is being strong and being in control, accountable and responsible, and in my many ways, carrying what feels like the weight of the world. To be aggressive, in a sense, and dominating. I’m more focused on what it means to be a human because I think anybody can hold those characteristics, regardless of what’s between your legs. Being a man or a woman is a performance that's based on what you’re born with. 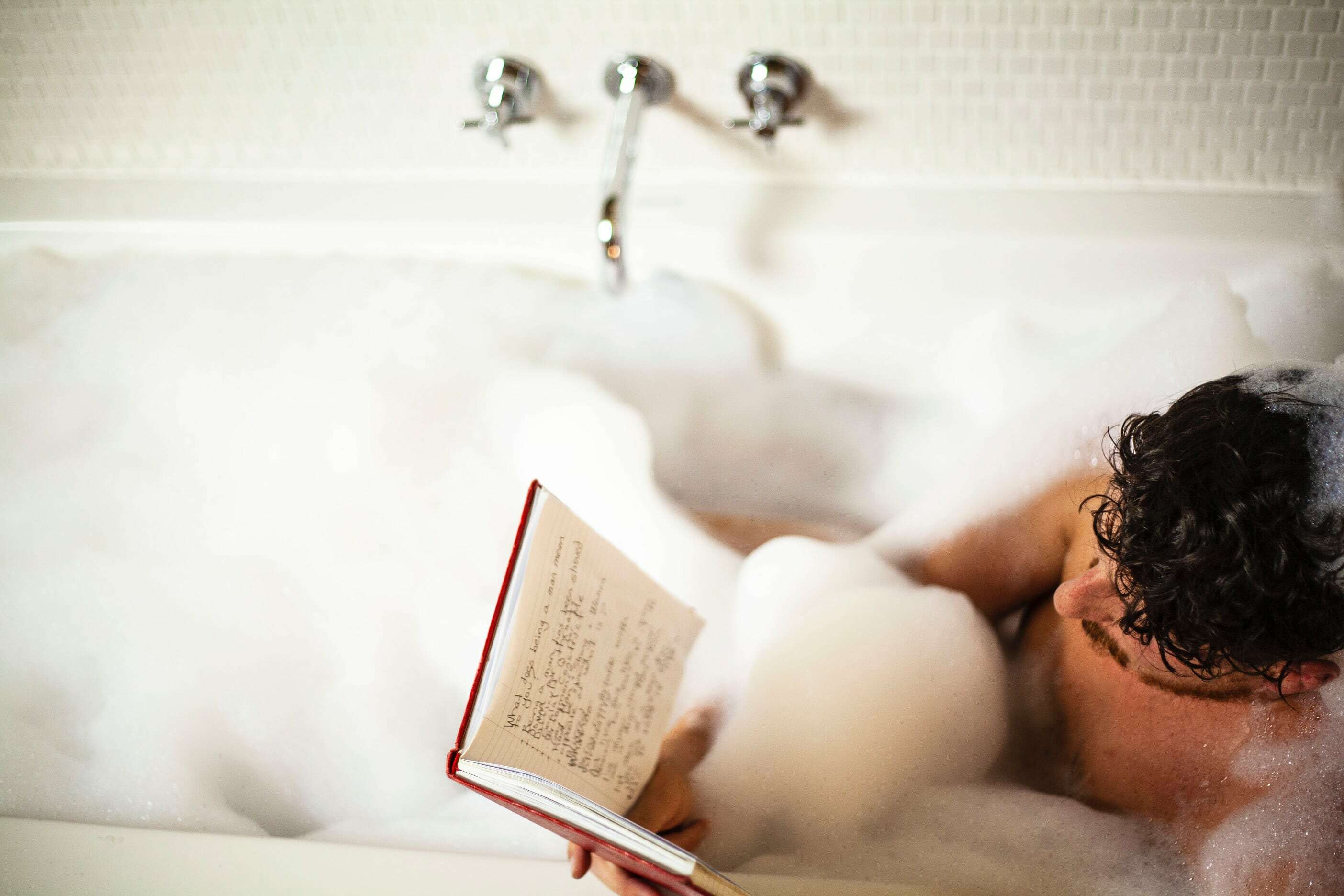 What is toxic masculinity?

The term toxic masculinity is only something I’ve been hearing about in the last two years. Those characteristics I attributed to being a man become toxic when they start hurting people around you. I try not to moralize things by putting them in the category of good or bad. I’m more interested in the question: is this effective? Is it effective in creating harmony between the individual and others, and the society as a whole? I think there are many examples of toxic masculinity, like aggression, which have been harmful. There is the idea of “boys will be boys,” there is a lot of stigma around men and mental health, that men are supposed to be in control and suck it up. I think people aren’t seeking the help they need to improve their behavior so it’s more conducive to their goals, and that can be toxic. 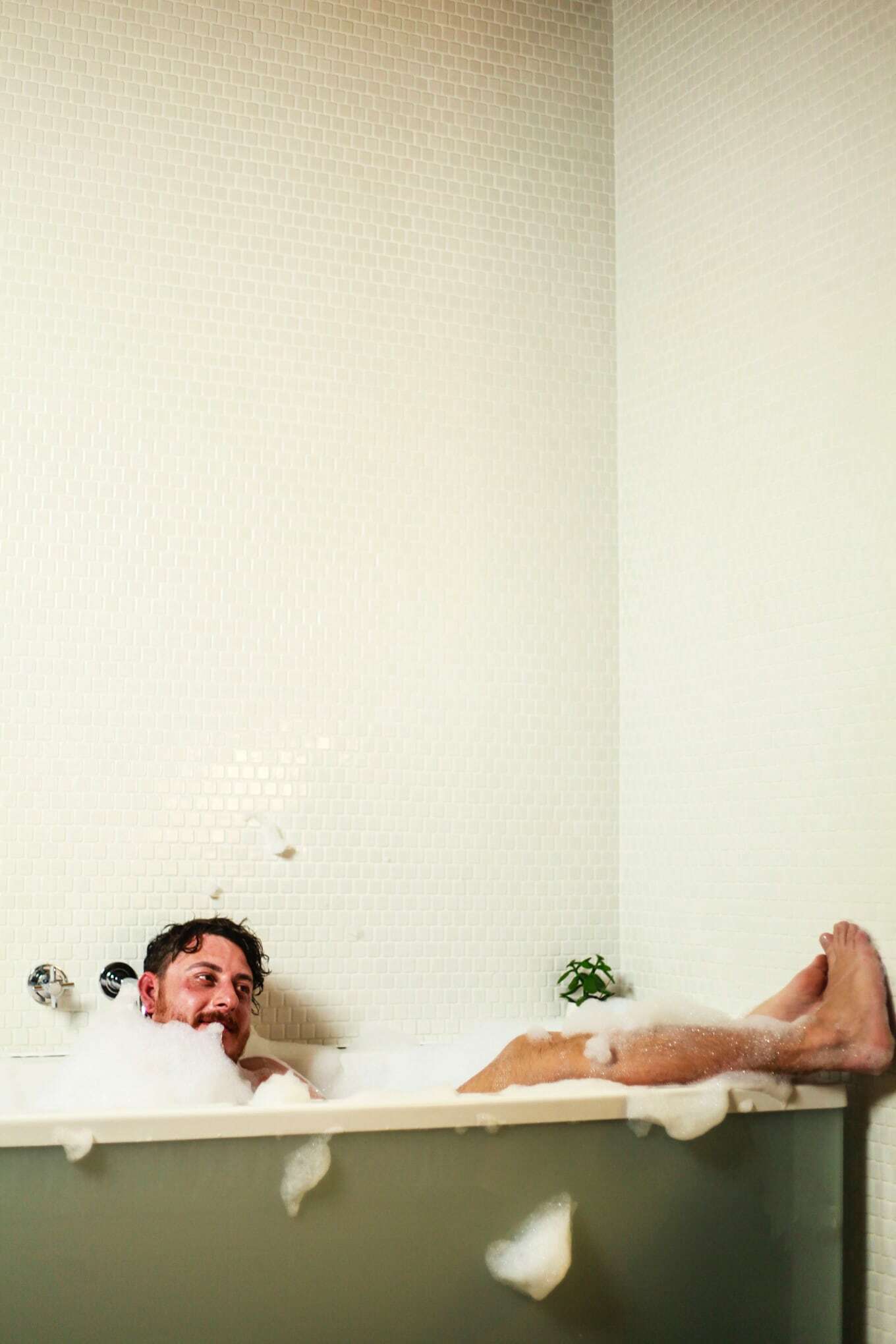 I do think there needs to be an understanding that even men have been nurtured to be this way.

What do you see as some potential challenges in overcoming barriers to gender equality?

In terms of reexamining the role of men today, in response to the feminist movement, is that I agree with you, it can be divisive. I also don’t think we have empowered boys and men. The things that keep them in power are negative emotions like aggression, control, and dominance.

If we acknowledge there is an existing problem in boy culture that influences the men they become, and we see that this type of dialogue is happening, it’s going to be difficult for people who are currently set in their ways. Everything they have used to build their identity and ego is being challenged. In order to create masculinity, you needed “the other” which were the female characteristics.

When we give women the same power, men are lost for identity because they are losing what they thought made them distinct, in relation to their counterpart. 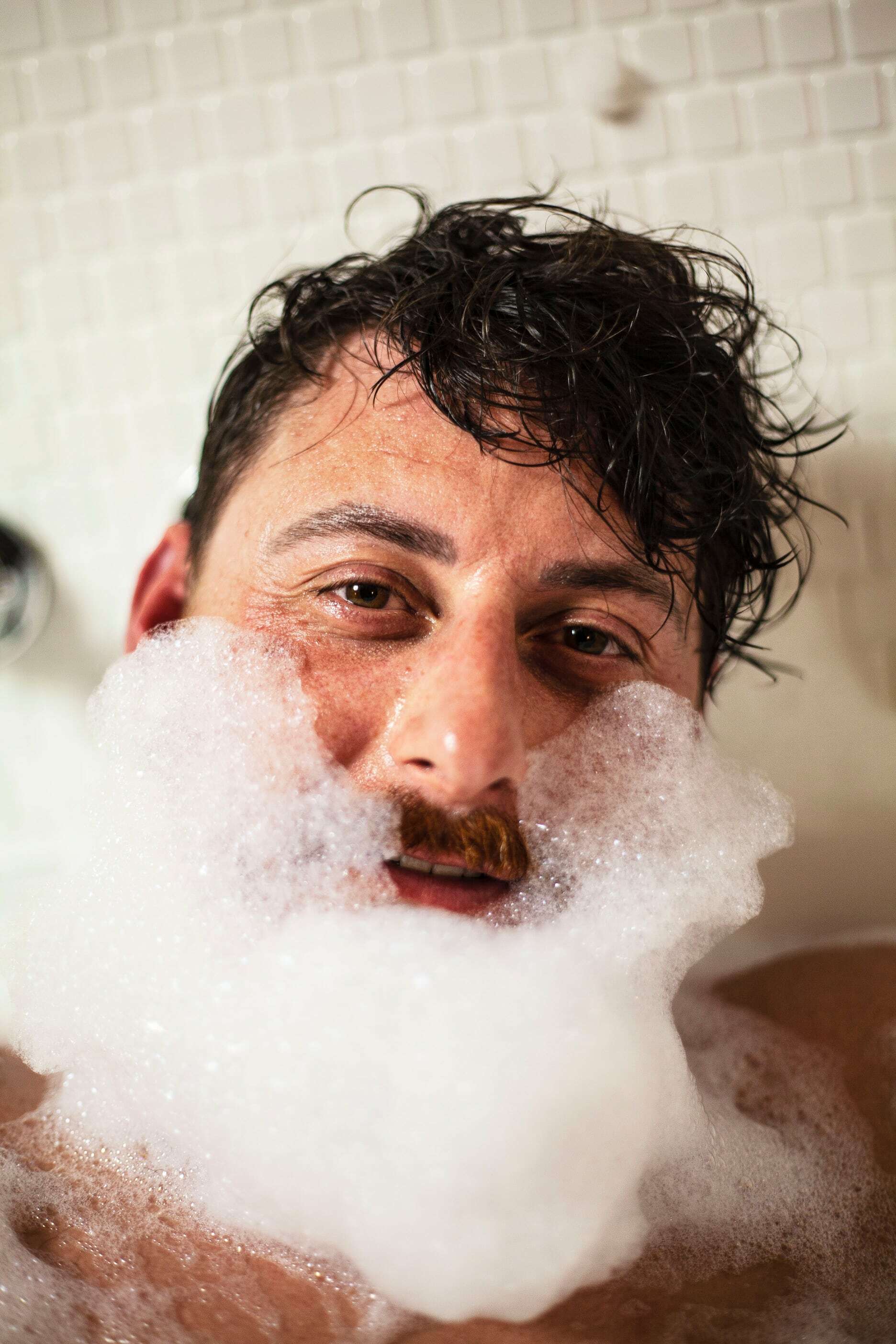 Everything they have used to build their identity and ego is being challenged. 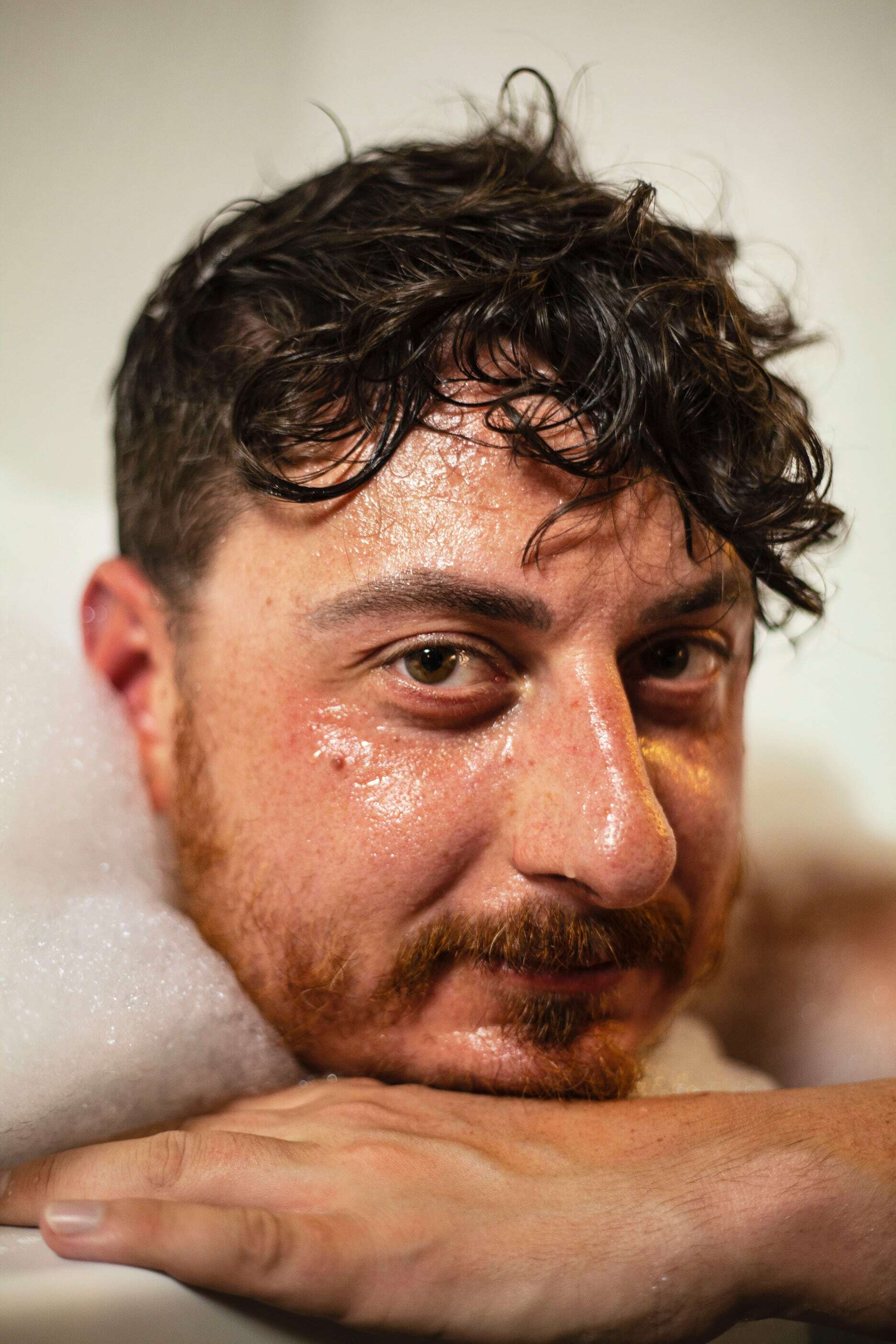 In order to create masculinity, you needed “the other” which were the female characteristics.

I think men need to be invited but the responsibility shouldn’t be on the women to school them. There needs to be a willingness on both sides. Getting men on board as not just allies but also advocates is a great way to bring men into the movement.

It starts with language. Having an open discussion and challenging some of the language used in groups of men, Part of me wants to say that it’s not up to me to say something, but I do think there needs to be an understanding that even men have been nurtured to be this way. There needs to be unlearning and rethinking, and I think that is happening in today’s context.

I think it’s also about men showing up and saying, “how can I help empower you?” in a way that’s not patronizing. It’s complicated, isn’t it? 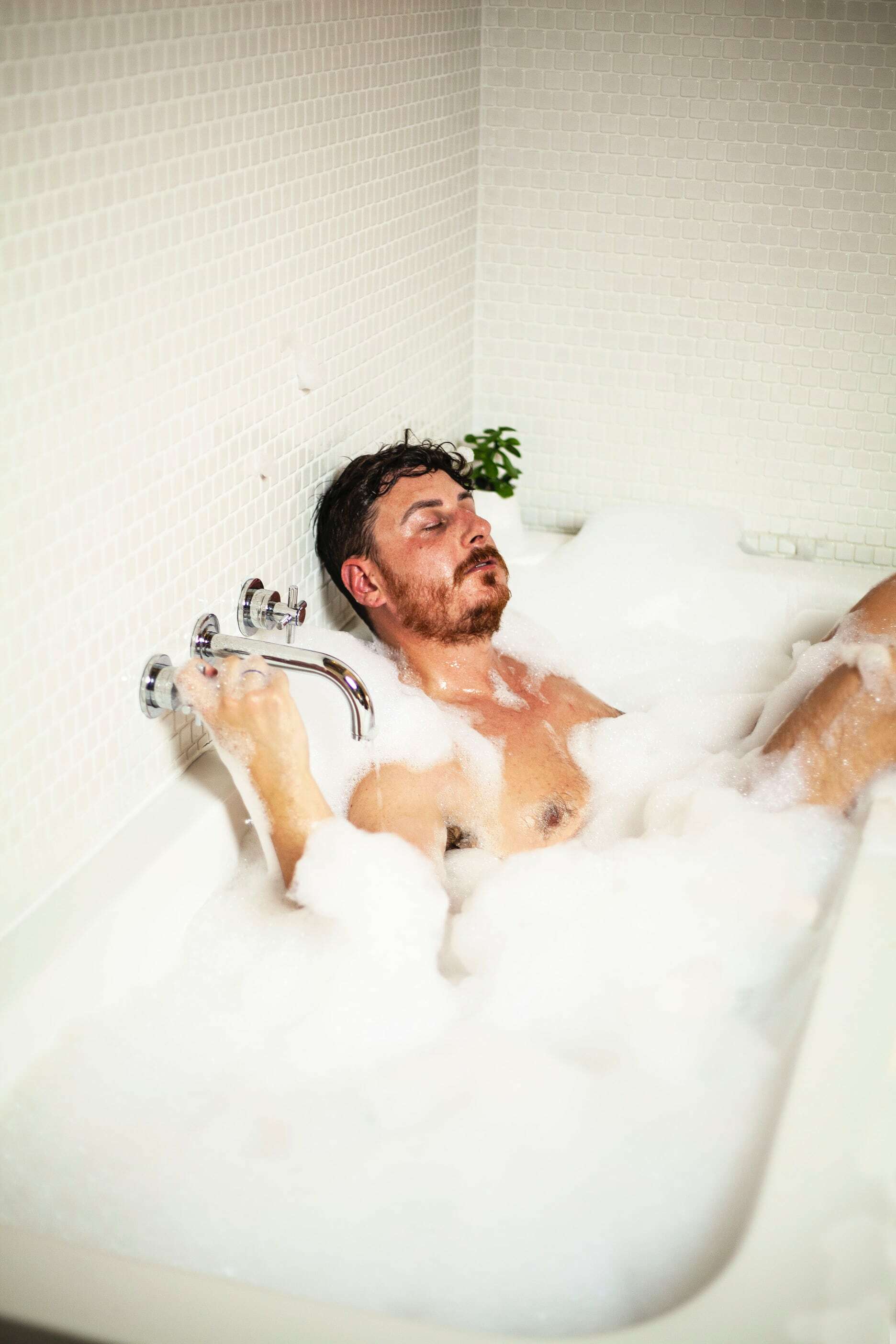 My biggest fear was losing the sense of belonging that I had developed while drinking.

What has been a moment in your life that has profoundly impacted you?

The most significant part of my life that brought me to where I am today is my sobriety and the people who have supported that. I thought I was a lesser man because I couldn’t manage my drinking. I wanted to be working hard and partying hard. Instead, I felt ashamed. I thought drinking was part of my identity and was needed in order to be a successful man in our culture. My biggest fear was losing the sense of belonging that I had developed while drinking. It’s really awakening.

Sobriety brought me to who I am today. I remember being intoxicated once. I had misbehaved and made a neighbor uncomfortable. I woke up and felt guilt and shame but I couldn’t remember why so when I reached out to him he said, I never want you to ask me these questions again. Then he asked: are you being the man you want to be? That gave me goosebumps. It stuck. The answer was no.

Are you being the man you want to be now?

Yes. And I hope more men ask themselves that.

How do we raise boys into men who view women as equal? ﻿﻿

That’s tough because I was mostly raised by my mom. I have a great relationship with my father now but it wasn’t always like that. What’s complicated is dualism. Since my mother was raising me, I went through all the emotions of disliking her and blaming her a lot because she was there. On the flip side, it’s mostly women who have been the strongest, and more women in my life have had their shit together than men. I think it starts in the home, with education. It’s not always going to be stable and perfect, but we really need to get young people seeing images of women in power. Conversations and movements like #MeToo certainly help. 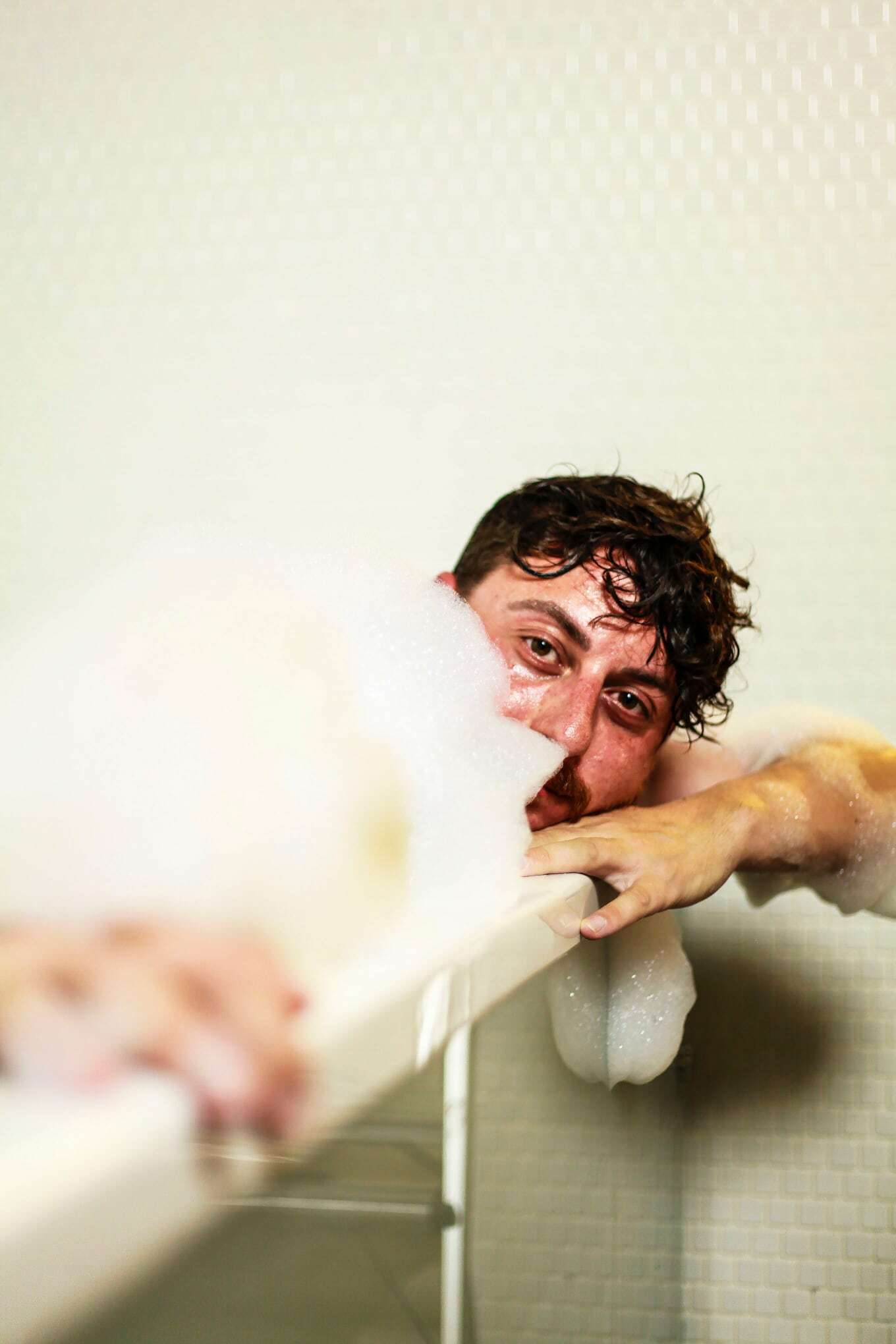 I’m beginning to see that being a man can mean being vulnerable, which goes against what I was taught.

I wanted to challenge myself. There is a saying that everything you want is on the other side of fear. With my sobriety and the person I’m becoming and unbecoming, I want to be part of the conversation. I hadn’t asked myself if I’m doing this for my ego or attention. I realize now that there is a high with being in a bathtub and getting photographed but it also comes with a consequence. There is going to be a lot of negativity, criticism, and eye-rolls. I’m willing to put myself out there because I want people to truly become and achieve their full potential and I think it starts with having honest, authentic conversations that are coming from the heart, not in response to a place of fear but a place of love. Even though it’s uncomfortable being here, I’m coming from a place of love. 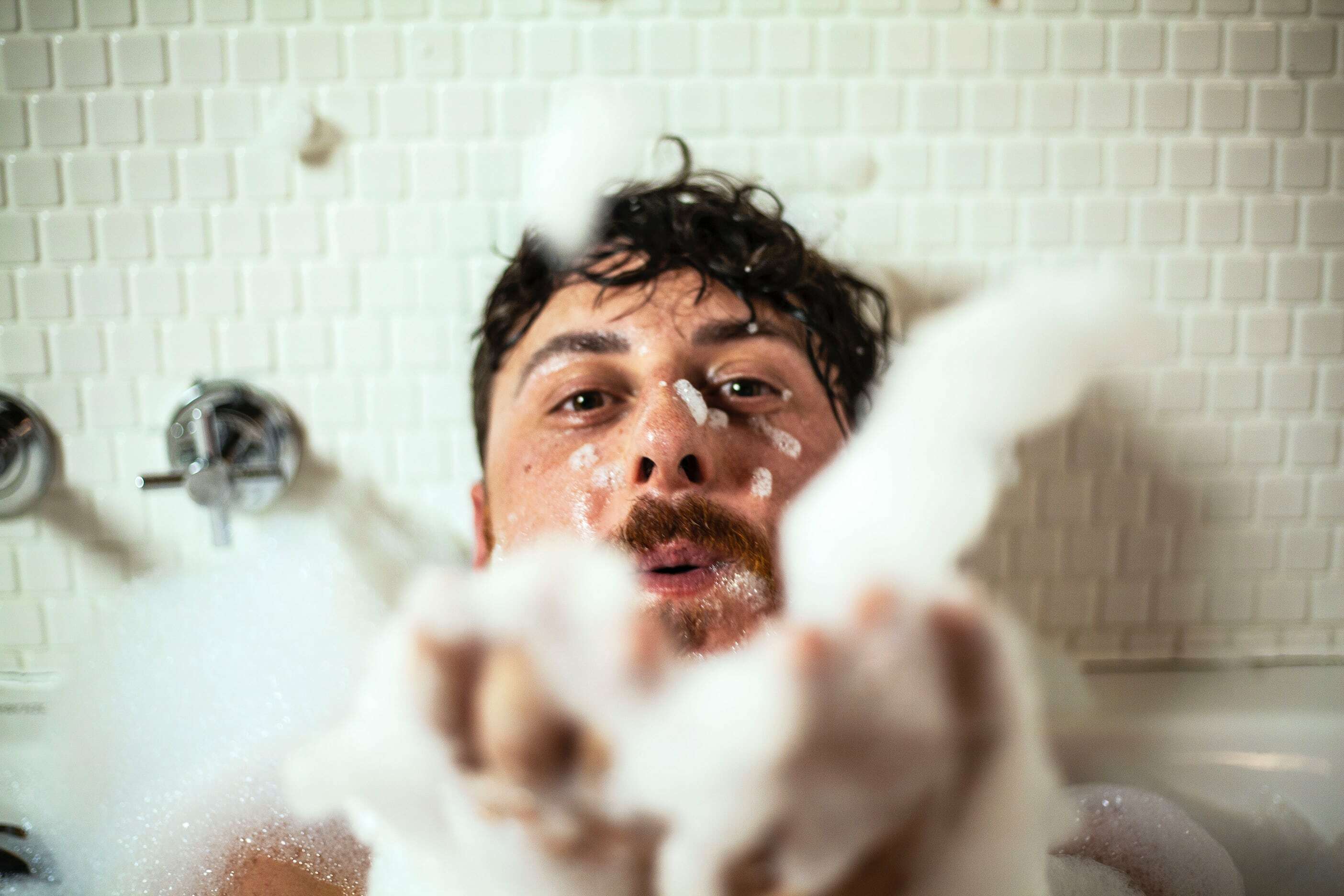